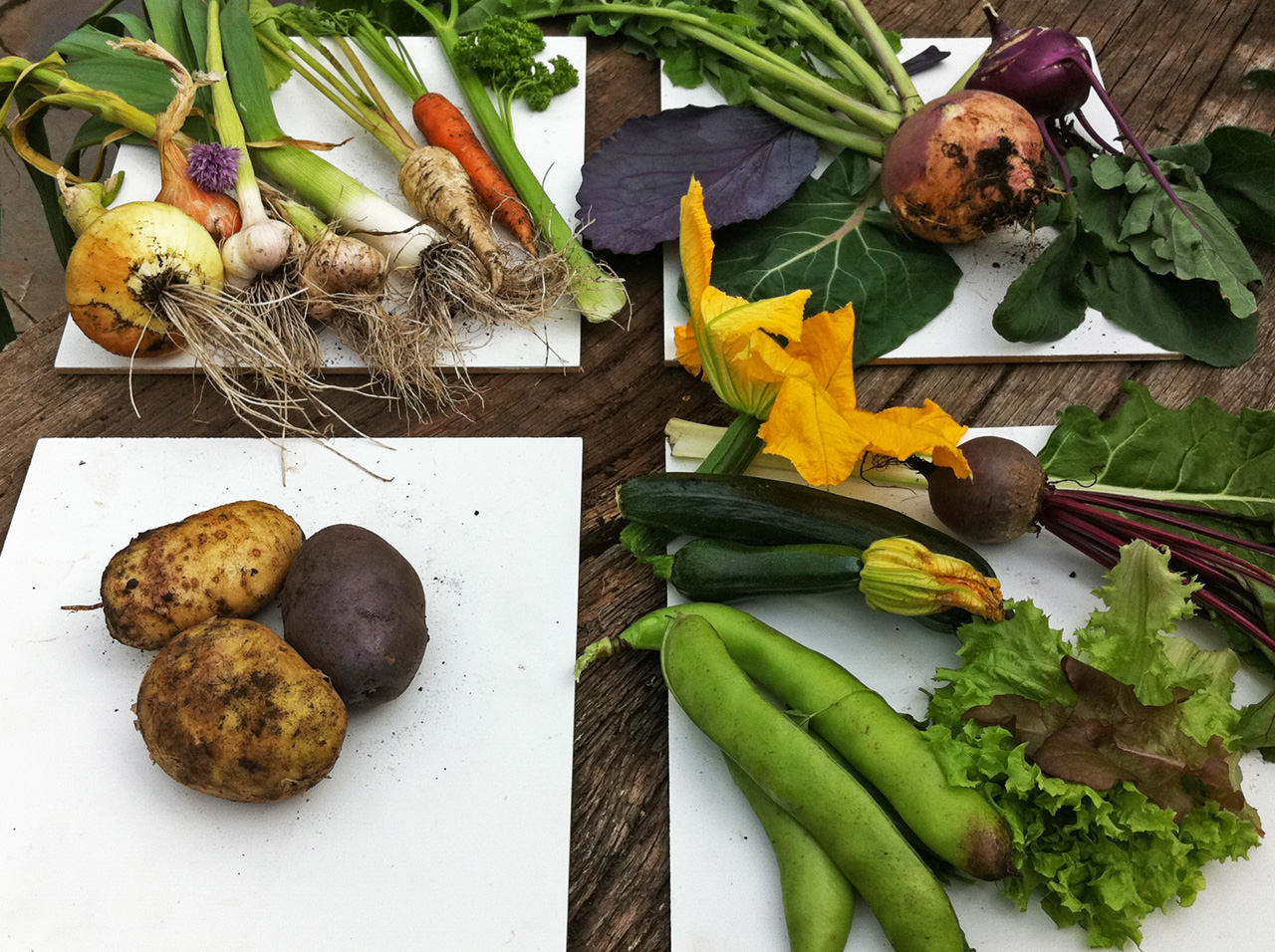 The luck of the crop rotation draw and bad design in my veg patch means that particular veg families tend to have what might be described as off years depending on the area they are destined to spend their growing season in. There’s a particular part of my veg patch that is hampered by being simultaneously the closest to the garden perimeter and the lowest point in the garden. Thanks to the shading from the aggressive hawthorn hedge nearby, it gets less light than the other parts of the patch. And since it is comparatively low-lying, lazy frosts also converge there, slumping in from all parts of the garden. They could happily hide out there from the sun’s rays until lunchtime, and I’ve seen occasions when they’ve got to stay there for days on end.

If all that weren’t bad enough, the beds there also suffer from the attentions of the always-encroaching ditch, with errant briars going out in search of nutrient rich soil. The grass that surrounds the vegetable garden also tries to make its way in to the veg patch through the picket fence. In high season it’s a constant battle to keep the beds near the fence clear. None of this, as you can imagine, is particularly helpful to the vegetables growing there and I always feel bad for whatever family is due a visit there. This year it’s the turn of allium family to do a turn and so I am already mentally bracing myself for a poor crop of garlic, onions and leeks this year.

I could of course try moving the entire vegetable patch about 10m further away from the garden perimeter and closer to the house. This would, however, take up 10m more of lawn and I think I have already pushed that particular boat as far as is acceptable to the rest of the family. So I have learned over the years to bear this particular problem with stoicism and I like to think the veg families do too. So, yes, once in every five years, they have an off year. But sure doesn’t that make the other four years all the sweeter?

Things to do this April

To Do
If poor weather in March has hampered your outdoor work, then April is the month to catch-up. The key words for April are weeds and slugs. You need to stay on top of them both. Check your early spuds regularly and earth-up as required. Water your tunnel/greenhouse—things can get pretty warm on a nice sunny April day and seedlings will dry out quickly.

Harvest
Stored fruit and vegetables are likely to be a distant memory at this stage and new crops are only starting to trickle in which makes April a tricky proposition. The middle of this month might see the first asparagus and the first early spring cabbage. The other two star performers this month are purple sprouting broccoli and rhubarb.