The artist has had a varied career since graduating from Dún Laoghaire College of Art and Design in 1979 with a Diploma in Design for Communications. She began working in the Design Department at RTÉ, before moving to Tyne Tees Television and working on various independent productions for Channel Four. Then she spent a decade in the art departments of various feature films in Ireland, Britain and America.

She also art directed music videos for Robert Plant, The Style Council and the Hothouse Flowers, and worked on developing artwork for CDs for bands including The Waterboys, Sharon Shannon and Matt Molloy.

Annie left the film and TV industry in the early 1990s to concentrate on illustrating and cartooning. Specialising in highly detailed line and ink drawings, she illustrates figures from history, literature and science, with mischief in mind. She has had over a dozen children’s books published both here and in the UK and America, and recently completed work on a series of illustrations for Childrren’s BBC.

Annie exhibits annuallyin Galway Dublin and Sligo and at her online gallery. She also works to commission and, in that capacity, has created artwork for the children of Brad Pitt and Angelina Jolie. She has won the Illustrators’ Guild of Ireland Best Book Illustration award twice. A selection of Annie’s work was recently added to the National Library of Ireland’s permanent Illustration & Cartoon Archive.

Greatest achievement?
Hard to say. Getting through secondary school without disgracing myself would be one. Not being sued by Seamus Heaney would be another.

Favourite time of year?
Spring. Because Christmas is over.

Spender/saver?
Saver. Well, I was until the electricity bill arrived.

How would you spend a million?
I’d probably buy a publishing company and make all the books in the world that got rejected. An excellent investment, don’t you think?

Film/book?
Book. Films require going to a cinema and I inevitably end up sitting behind someone who spends the entire time loudly explaining the film to their friend while chomping on a bag of Tayto.

How do you relax?
I can’t relax.

Possession you most treasure?
My husband, my children, my dog, my pencil.

Night owl/early bird?
Both. I am self-employed.

Last meal before dying?
Cuppa tea and a couple of Kit Kats.

Your hero?
The greatest illustrator, Ronald Searle. Also Trevor Scott and Nick Van Vliet, who in art school taught me everything. 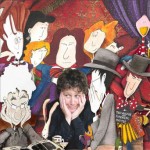 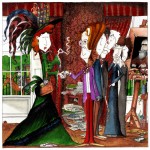 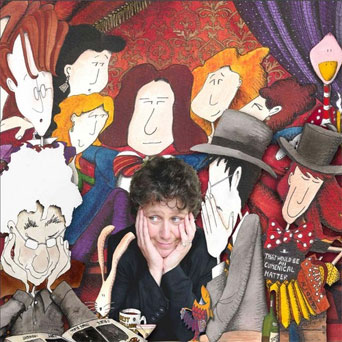 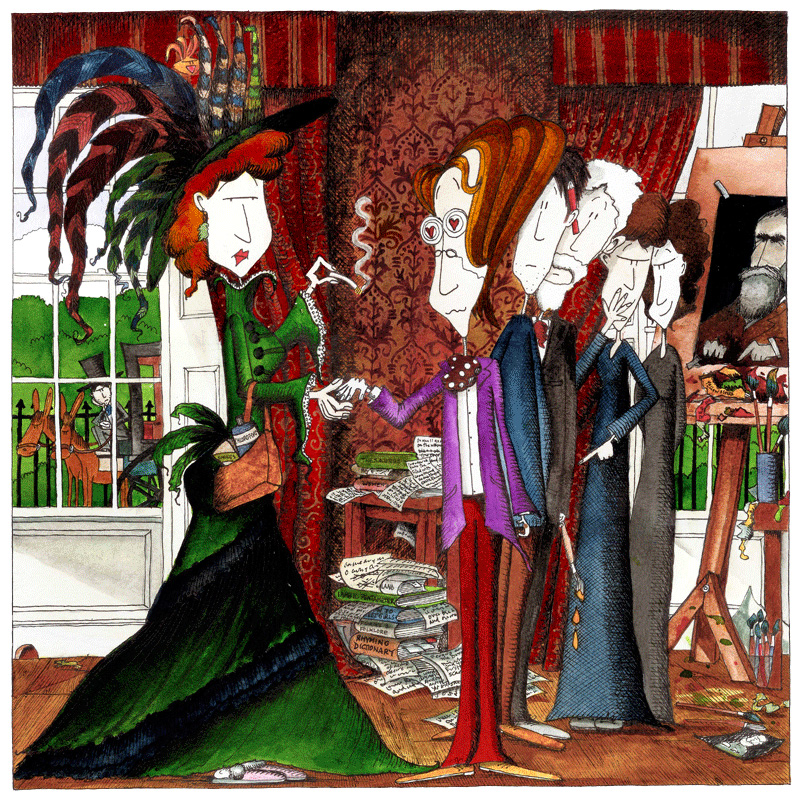