I spent a few days in Galway a couple of years ago, and while there I stayed in the Claregalway hotel around 7 or 8 miles from Galway city center. Just a short distance from the hotel was the Claregalway Friary, a medieval Franciscan abbey.

There’s not a whole lot in the town of Claregalway itself, but it’s a good place to base yourself if you’re looking to take a couple of day trips to surrounding sites. We managed to fit in the Cliffs of Moher, Galway City Center and The Burren.

I kind of stumbled upon the Claregalway Friary the day we were leaving, and I’m glad I did. There’s some pretty nice ruins to explore, and I was intrigued by the long, and sometimes troubled past, the Friary had, when I read its history afterwards.

Below are just a few of the pictures I took while wandering around the grounds on that windy day in May. 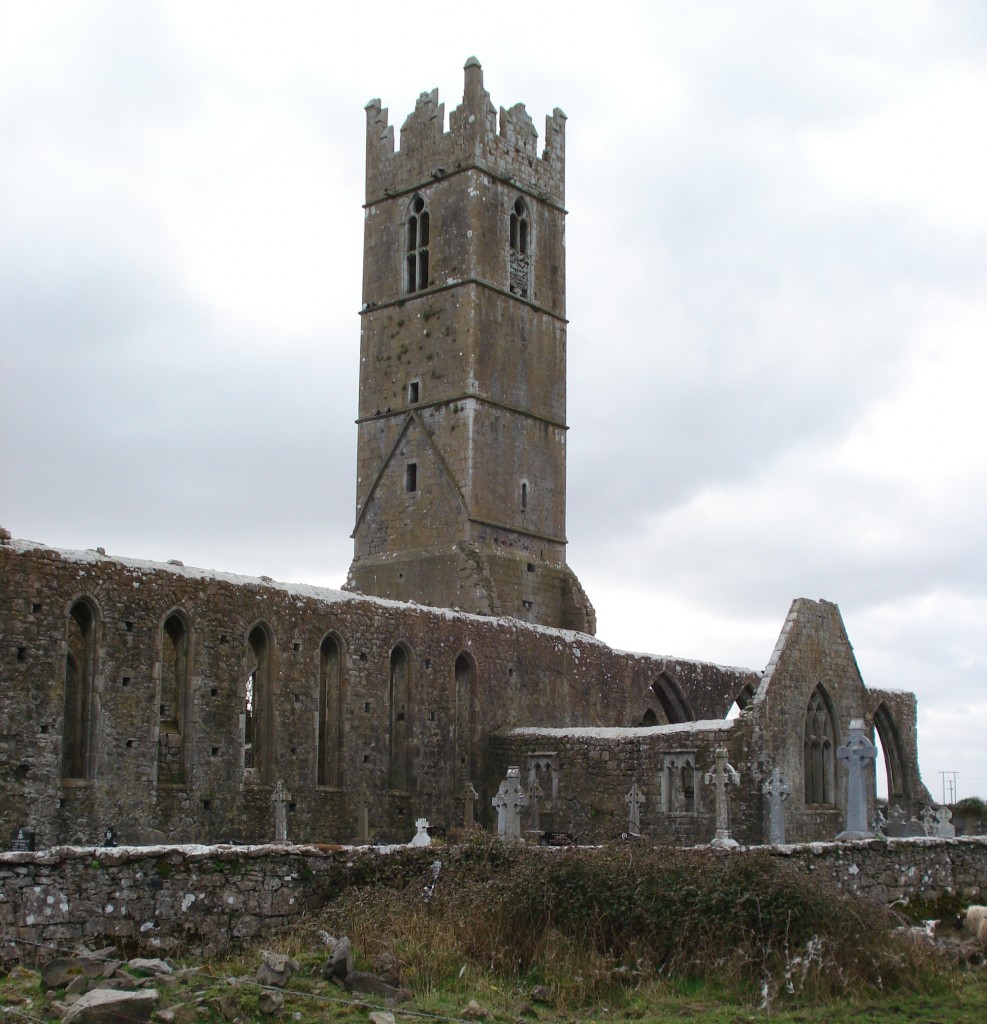 A view of the side wall of the Friary with multiple tall Celtic Crosses in the foreground. 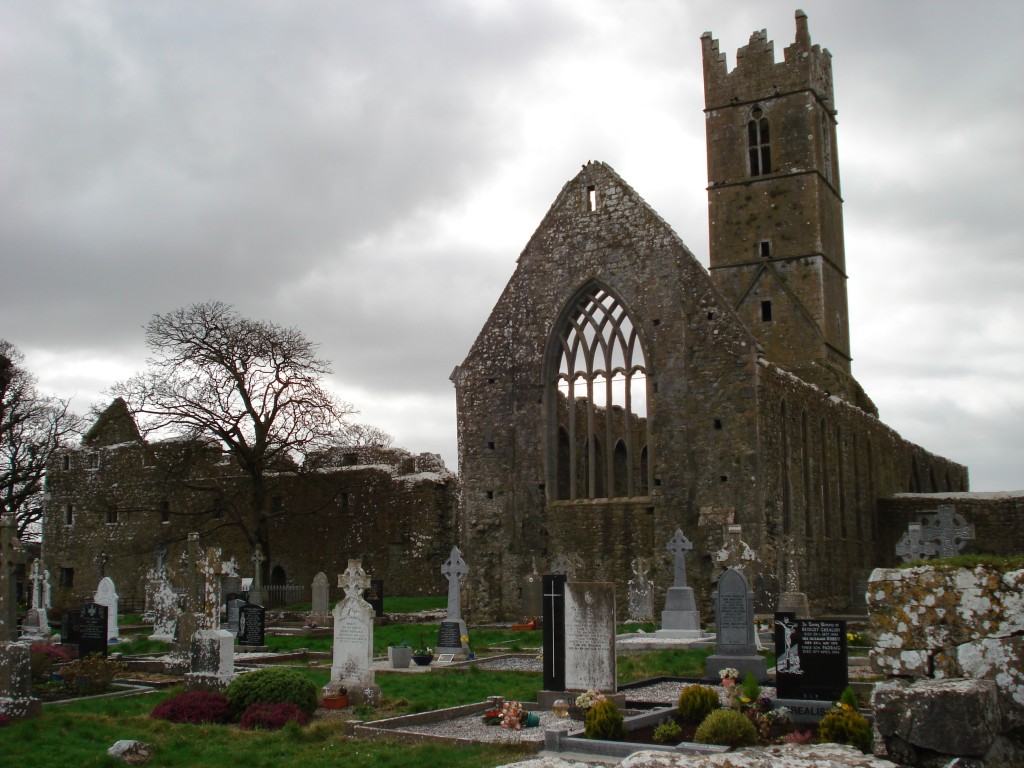 Another view of the Friary, with some more modern gravestones on display. 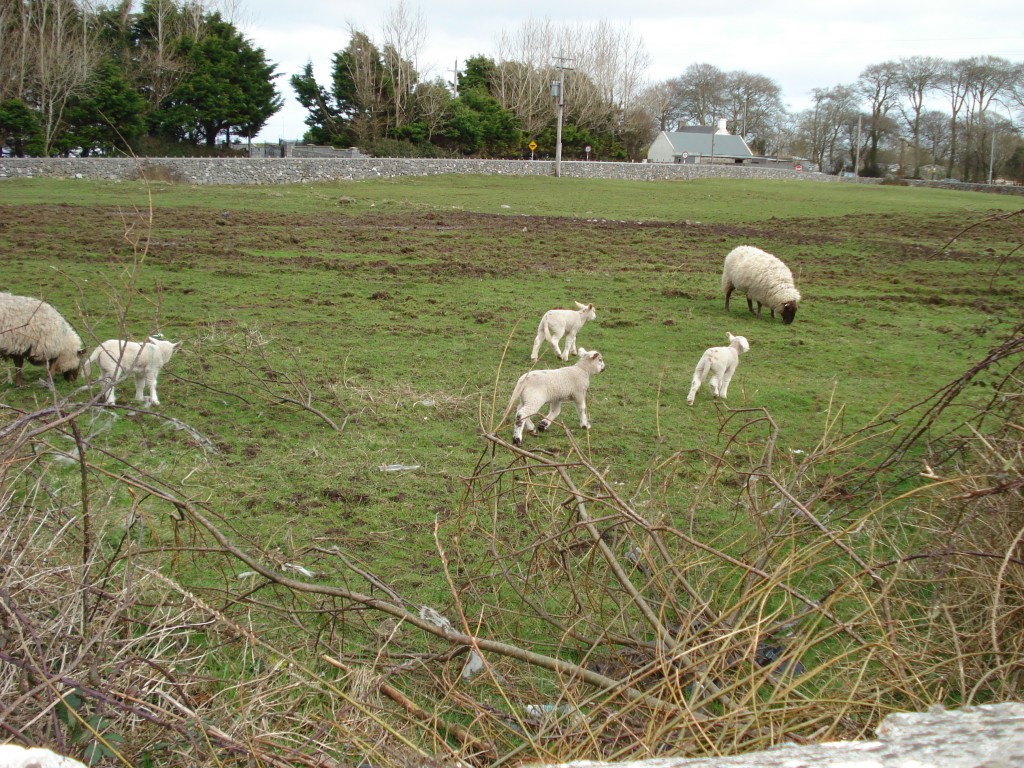 Young lambs graze the grounds of the Friary on a blustery May day. 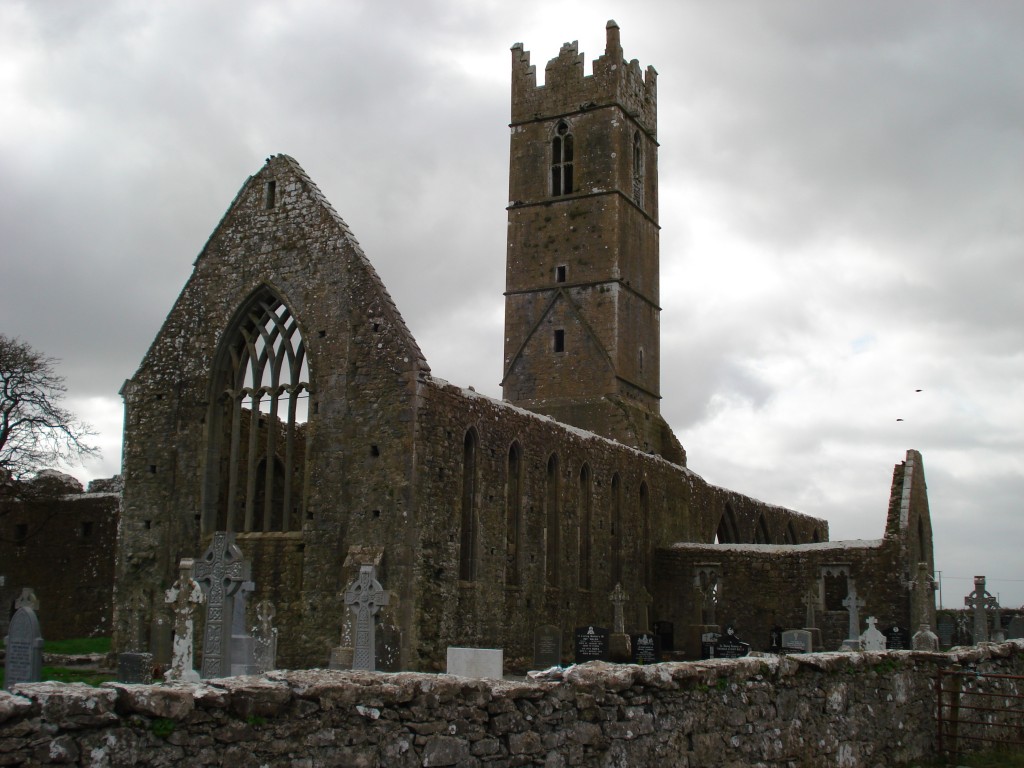 Friary Timeline (data from Wikipedia article)
Circa 1252 – Monastery commissioned by John de Cogan
1327 – Franciscan monks given the buildings and surrounding land.
Mid 16th Century – Monks begin to have difficulty retaining the abbey against English forces.
1589 – Monastery buildings turned into barracks.
1641 – Reoccupied by the Franciscan monks.
1847 – The last 2 monks depart. The Abbey is sporadically used for feast day Mass until 1860
1892 – property donated under the provisions of the Ancient Monuments Act
Today – Abbey is open to the public free of charge, and some Sheep call it their home 🙂

You can read some of the history about the Claregalway area, the Friary, and the Norman knight John de Cogan, who took possession of the area in the 1200’s, on Wikipedia