Claregalway girl Móna Wise whose first book The Chef & I will be released later this month, has been signed up by the Sunday Times newspaper to pen a weekly food column.

The column premiered this week with Móna and her American Chef husband Ron featuring as the cover story for the Sunday Times Sunday section.

As the Sunday Times new recipe team, Móna and Ron, who works as a gourmet baker in Morton’s, Salthill, will cook up a new chapter in their lives as they dish out weekly recipes that have been prepared in the kitchen of their Claregalway home.

Móna’s blog, WiseWords, is well established and she is now a familiar face at foodies’ gatherings.  Her site has thousands of followers who log on for her regular restaurant reviews, wine writing, food book reviews, recipes and child-rearing experiences. 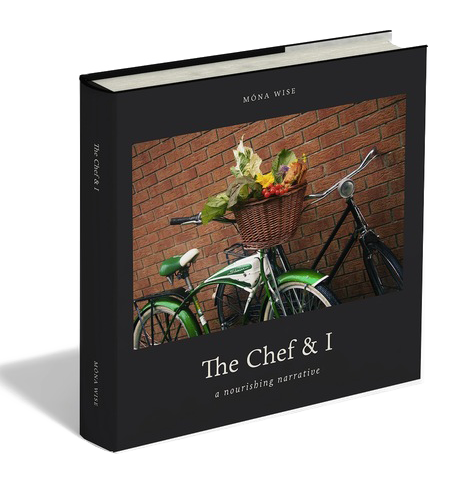 Her first book The Chef & I, which began life as project work for her BA degree, will be launched in Galway on 31st May in Cases Wine Warehouse on the Tuam Road. Part memoir—part cookery book, it tells Móna and Ron’s story, letting the reader into intimate details of the couple’s life, and giving a taste of Ron’s individual style of cooking.

The Chef & I will be available from Kennys.ie from 31st May and retails at €25. It will also be available for download as an ebook for €4.99.