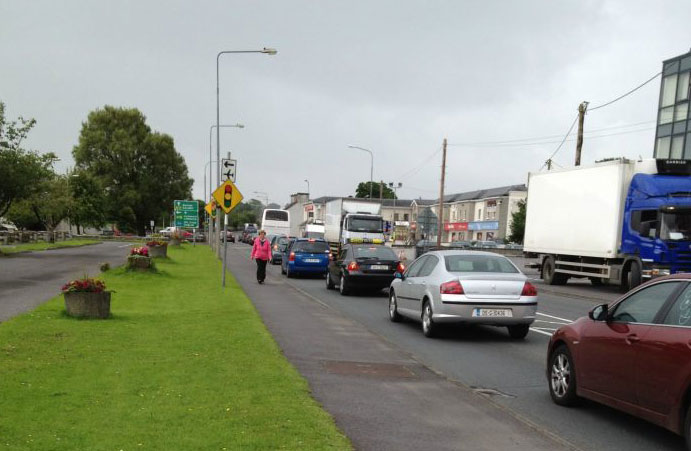 One of the most controversial stretches of road in the county has received funding which will allow it to go to the compulsory purchase order stage.

The Claregalway Bypass was rubbished by the last Government on the grounds that the Gort to Tuam motorway would take the traffic away from the village.

But now it is firmly back on the agenda with confirmation that Galway County Council has received more than €50,000 to progress it to the stage in which land can be acquired for the three mile route.

It is expected that an oral hearing into the project could be held this summer and the compulsory acquisition of land could take place in the autumn.

Galway County Council are now fully behind this project and believe that it will happen within the next couple of years. There had been major doubts about it happening in the past but now there seems to be a definite air of confidence.

Galway West TD Noel Grealish said that there was no way the Government would be spending money on the project if it was not going to proceed. He has now urged the County Council to progress it to the CPO stage as quickly as possible.

“This road can be built for a relatively affordable cost and will still be a vital piece of infrastructure even if the motorway between Gort and Tuam is built”, Deputy Grealish added.

With the confirmation last week that the new secondary school will proceed next September and that it could accommodate up to 1,000 students, it means that the need for an inner relief road was never more acquired.

The bypass, which will rid Claregalway of around 90% of its current traffic, is expected to cost in the region of €15 million which is around €10 million cheaper than the projected cost five or six years ago.

See a Letter to the Editor regarding this post here.

Great news for the village as daily traffic jams like this will soon be a memory.