The construction of the bypass for Claregalway is dependent on the Gort–Tuam Motorway being completed—this is why there is such a major interest locally in this project kicking off.

It has been confirmed by senior officials with Galway County Council that the inner relief road will be constructed but only once the Gort–Tuam Motorway is provided.

There were fears that if the motorway was built, then there would be no need for a Claregalway bypass, but this is no longer the case.

It is expected that the M17/M18 motorway will commence early in the New Year and once this happens, work will take place on the Claregalway inner relief road.

Galway West TD Noel Grealish has been informed by Council officials that the inner relief road will be constructed in tandem with the Gort–Tuam Motorway.

He said that the Claregalway bypass was required in the event of the new motorway being closed in an emergency situation. 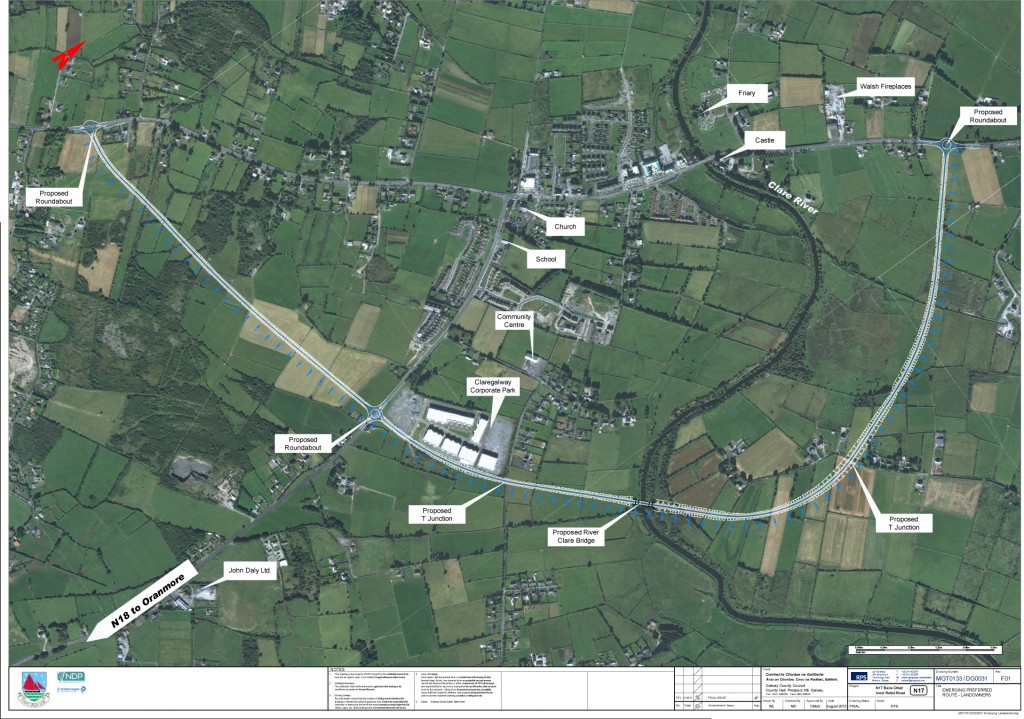 Deputy Grealish said that in the region of a quarter of a million euro had been spent on the project so far so he had no doubts about it being constructed. A route for the bypass has already been selected.

Claregalway remains one of the worst bottlenecks in the country and even if the motorway is provided, it will still be a logjam at various parts of the day. The local businesses are anxious for a bypass to be built.

During the year Galway County Council have received more than €50,000 to progress it to the stage in which land can be acquired for the three mile route.

It is expected that an oral hearing into the project could be held early next year and the compulsory acquisition of land could take place after that.

Galway County Council are now fully behind this project and believe that it will happen within the next couple of years. There has been major doubts about it happening in the past but now there seems to be a definite air of confidence.

Deputy Grealish said that there was no way the Government would be spending money on the project if it was not going to proceed. He has now urged the County Council to progress it to the CPO stage as quickly as possible.