There was a Special Mass to commemorate the Blessing of Lisheens in Claregalway on Sunday 6th of October. Over the past year the Parish Pastoral Council has done some considerable work to identify and mark the seven lisheens (children’s burial grounds) that are located in the following areas throughout the parish: Mointeach, Cahergowan, Lydican, Carnmore, Kiltrogue, Kiniska and Waterdale. Each site has been surveyed by an archaeologist and is being recorded for mapping purposes. 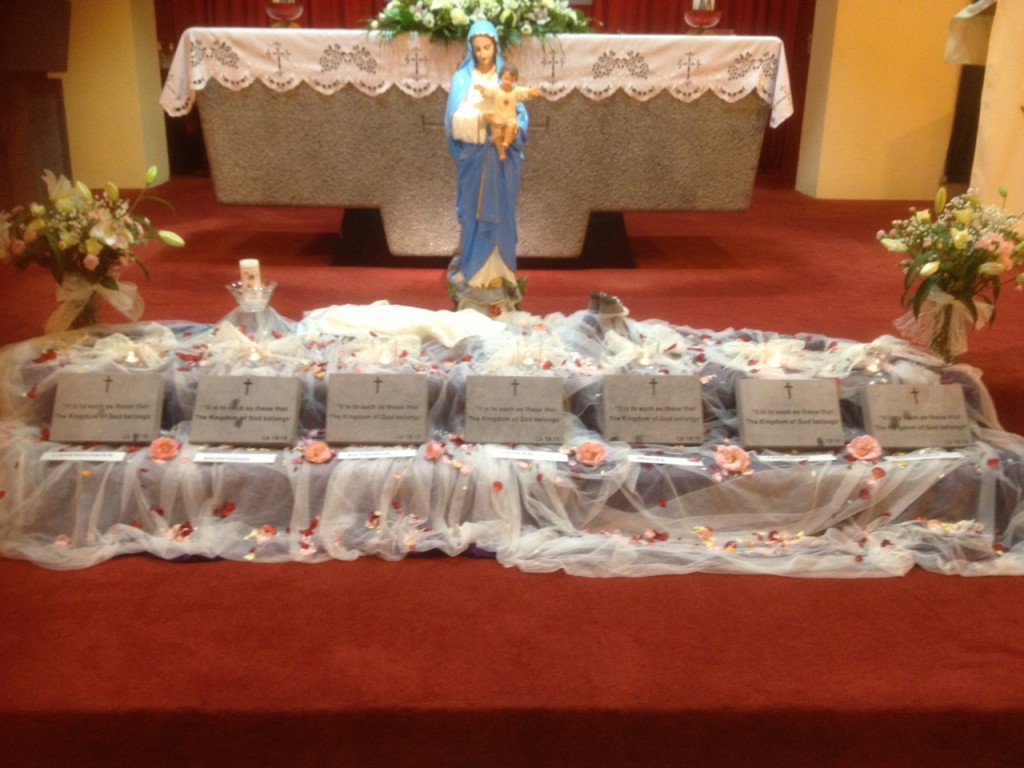 Fr Ian blessed each site. The Special Mass was held on Sunday, October 6th at 11am during which the children who were buried in these Lisheens and their families were remembered. Seven commemorative plaques (pictured above) bear the inscription “It is to such as these that the Kingdom of God belongs” were blessed at this Mass and will be erected at the various locations over the coming weeks.