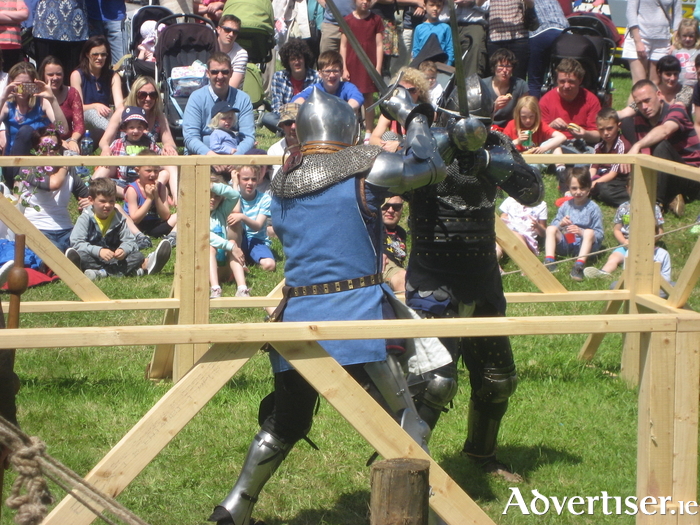 The medieval Tournament is making a comeback in Ireland this September! The first full-contact medieval tournament in Ireland for over 400 years will be happening at Claregalway Castle over the weekend of the Saturday 19th & Sunday 20th of September from 11am–5pm.

Armoured knights from across the globe will be descending on the fantastically restored 15th century Tower house for this very unusual but very real martial arts tournament. Team Ireland, who recently competed at the World Championships for the first time last May, will have a tough fight on their hands with combatants from across the World competing to take home the Claregalway Castle Shield.

The sport of full-contact medieval combat is not for the faint-hearted; wearing full medieval armour, with sword, axe or mace in hand the competitors will be going toe to toe in a brutal and exhausting contest of strength, speed and, above all, skill. A huge range of attacks are allowed, from strikes with the weapons, to shield punches, throws, kicks and headbutts.

The tournament is divided up into 3 1×1 categories; Pole weapons, longsword and sword & shield where fighters score points for solid hits, similar to the scoring system in boxing. As well as the individual categories there is also a brutal 3×3 group category, where the winner is decided by the last team standing.

As well as all the fighting there will be a great selection of medieval fun on offer including have-a-go archery, a display on medieval life, talks on the goriest aspects of medieval surgery, music and more.

This is guaranteed to be a hugely enjoyable event, with something on offer for all ages and interests, and a unique opportunity to see the medieval tournament brought back to life!