Plans for a controversial mixed use development in Claregalway have been given the green light.

The project based at Summerfield is led by John Coyle of Cahergowan.

The development was appealed to An Bord Pleanála last year with concerns over the access point off the N17, and the potential traffic hazard.

It involves a mixed-use commercial complex at Summerfield, replacing the existing commercial buildings.

It would also involve the construction of a new entrance from the N17, and the demolition of the existing two-storey pub, restaurant and taxi office.

The development would also include the demolition of a kiosk associated with the filling station, the existing bookie’s office, the garage at ground floor level and the residential accommodation above it.

A new revised filling station, forecourt and three storey building with a shop and deli with seating and offices above would also be built.

A third new block would consist of commercial units on the ground floor and an apartment at first floor level.

An Bord Pleanála has now given its approval with a list of 12 revised conditions.

One states the first floor of block number 3 is to be omitted – this building is to be single storey only and to be used as retail or office space.

The first and second floors of block number 1 are to be used solely as commercial offices.

It’s also stated that site development and building works are to be carried out from 8am to 6pm Monday to Friday and from 8am to 1pm on Saturdays.

A noise restriction has also been placed on block number 4. 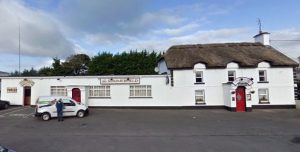 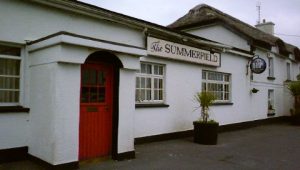