Claregalway U14 boys defeated Bearna in the U14A Championship final played in Loughgeorge on Saturday 22nd September. Both teams went toe to toe from the off, but it was Bearna who made the better start going 4 points up in the first 10 minutes. Claregalway who lost the very influential Barry Goldrick through injury after 10 minutes, settled into the game & scored 2 points from the excellent Padraig Commons. Bearna responded with their fifth point before a great move up the field found man of the match Keelan Grainger on the edge of the square & he skilfully placed the ball in the bottom corner to draw the teams level after 20 minutes. Just before half time a long range free from the mid-field maestro Jack Coyne was deflected into the top of the net to put Claregalway ahead 2-02 to 0-05 at the break. 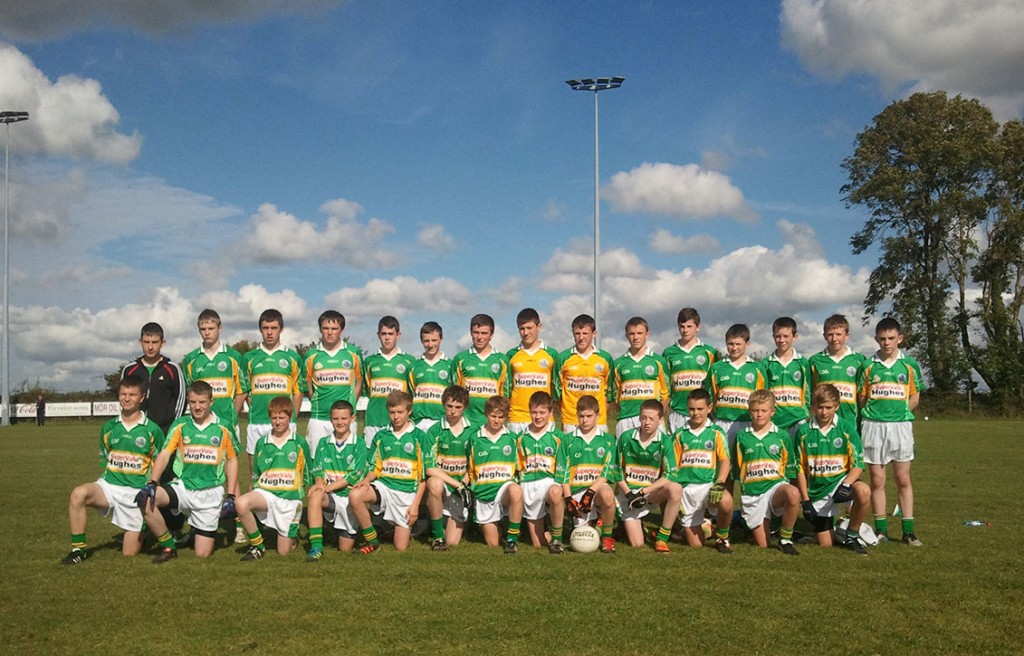 The 2nd half was a very tight affair with the more physical Bearna side throwing the kitchen sink at the Claregalway defence. Galway U14 development squad keeper Aaron Moran was excellent in goals & he dealt with everything that came his way. A long ball out of defence found Shane Moylan on the 40 & he drove the ball over the bar to put Claregalway 4 points in front after 15 minutes of the 2nd half. This spurred on the Claregalway lads & further points from Keelan Grainger (2) & Padraig Commons put Claregalway in the driving seat with 5 minutes left in the game. Bearna scored a goal on the stroke of full time before referee Frank Kinneen played 3 additional minutes of injury time. The outstanding Claregalway defence led by the outstanding Thomas Coyle stood up to the bigger & stronger Bearna boys & denied any further scores in the game. Ecstatic scenes followed the full time whistle from the sizeable Claregalway support, after what has been a very good year for this team. Despite losing both the Feile & League finals by 2 points earlier this year, they showed the character to go on to win the Championship. Well done lads.

This was an all-round excellent team performance on the day with each one of the 27 lads togged out playing their part. Every one of them deserve credit for their team ethic & supported each other no matter who was or was not selected to play on the day. After the game Coiste Peile na nÓg Secretary Larry Lohan presented the cup to team captain Shane Moylan. A tour of the parish with the cup followed & refreshments were served afterwards at the Arches Hotel.

A special thank you to Seán Dunleavy & his team at the Arches Hotel who sponsored match day gear bags for the entire squad on the day. Thank you Seán for your support. 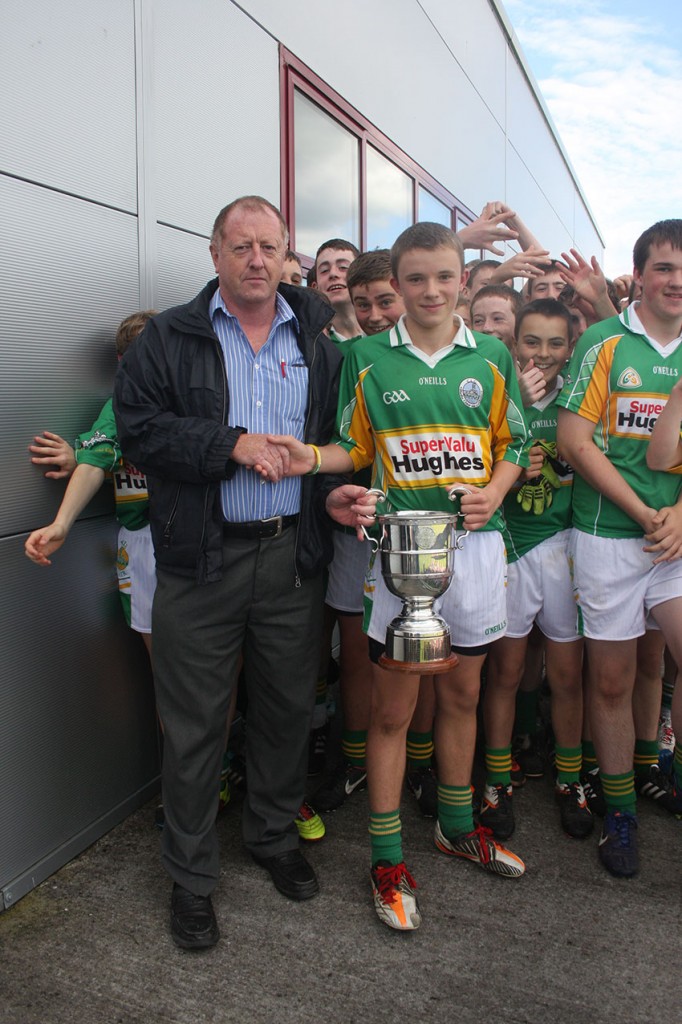