On Wednesday, 29th May, the Cregmore National School Girls Basketball Blitz took place in the Claregalway Community Centre. This is the only competitive competition of its kind in the county and it gives primary school girls a great introduction to the game of basketball.

This year, six schools participated in the blitz. These were Lackagh N.S., Briarhill N.S., Athenry N.S., Coolarne N.S. New Inn N.S. and Cregmore N.S. The six schools competed in a number of games throughout the day for a ‘cup’ and ‘shield’. Cregmore N.S. defeated Athenry N.S. in the Shield final on a score of 18-4. In the final game of the afternoon, newcomers to the competition, New Inn N.S. beat Briarhill N.S. by a score of 14-5 taking the ‘Cup’for the very first time. Diarmaid Burns, Principal of New Inn National School expressed his delight as his team collected the Cup. He thanked competition coordinator, Mrs. Anna Marie Coyle for her vision and commitment in organising this event annually and said he hoped that several other schools would consider becoming involved in future years. He went on to say that all teams gave a great display of basketball and were very evenly matched. It was great to see almost one hundred girls from schools around the county getting to display their talents in basketball. Anna Marie thanked Ms. Siobhan Dolan who assisted her in planning the blitz and thanked the pupils and their mentors from all the schools involved. She stated that without this competition very little interest would be afforded to the game and that several hours of practice would be meaningless. Following the presentation of medals, all participating girls received a treat to send them home happy. 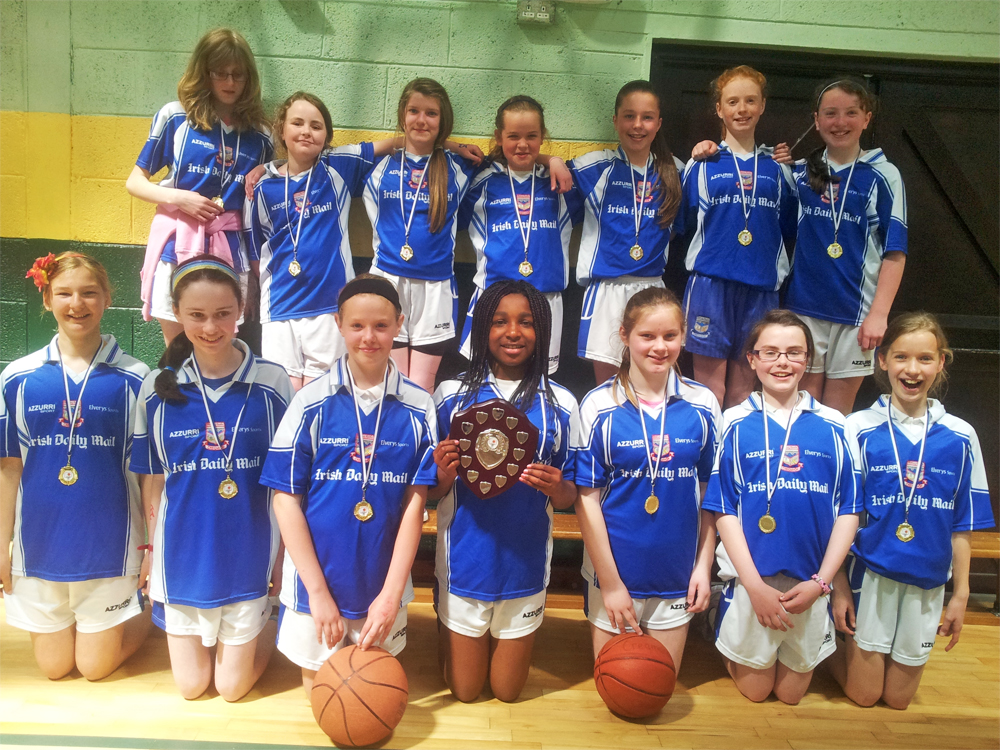