Claregalway beat Mountbellew-Moylough in Tuam Stadium last Thursday evening in the North Board Minor A final. This was a historic day for Claregalway GAA Club, as the last Minor Football title wins for the club were in 1991 when Claregalway won both the North Board and Co. Championship B titles.

Claregalway were fast off the mark in the second half scoring 1–4 without reply in the first 10 minutes, with Ryan Manning scoring 1–2, and Ben Creaven and Mark Rohan a point each. Eoin Finnerty and Michael Kelly then pulled two back for Mountbellew-Moylough to leave the score 1–9 to 1–3 after fourteen minutes of the half. But the game was effectively over as a contest when a Mark Rohan cross bounced in the square and ended up in the net to put Claregalway nine points in front with ten minutes left on the clock. Mountbellew-Moylough added three more points and battled until the end as they tried in vain to get the goal to put them back in the game. But the excellent Claregalway defence & goalkeeper Liam Egan held firm to keep them out to win the first Minor A championship for Claregalway.

Joyous scenes followed the final whistle as the large Claregalway crowd invaded the pitch to celebrate with the players. JP Kelly presented the cup to the Claregalway captain Cathal Evans, and Mark Rohan was selected Man of the Match. Bonfires greeted the team as they returned to Claregalway. This was an excellent performance from the Claregalway team against a very tough opposition.

They look forward to playing the Co. Final v Moycullen or Carraroe on Oct 13th. Please come & support the lads! 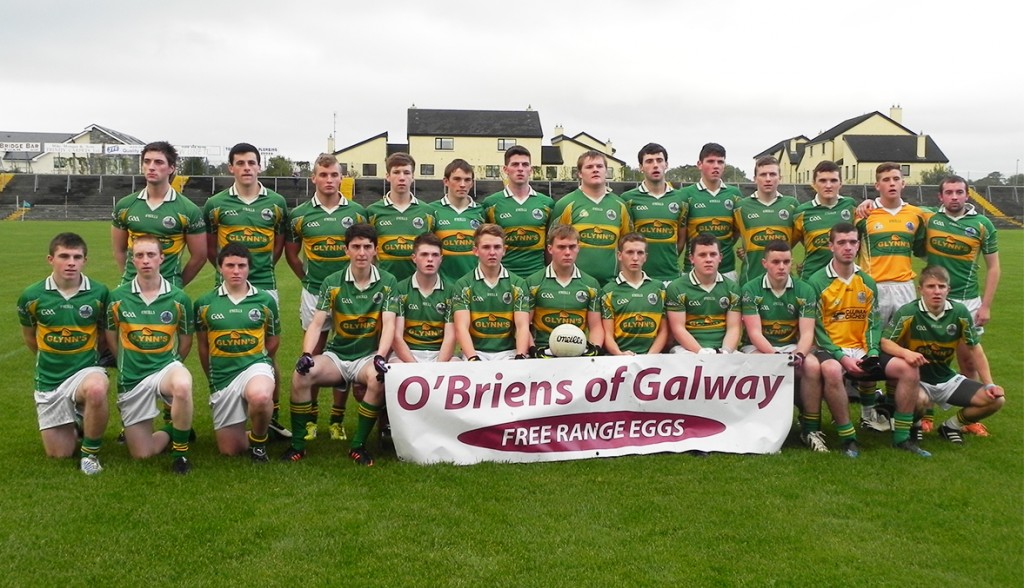