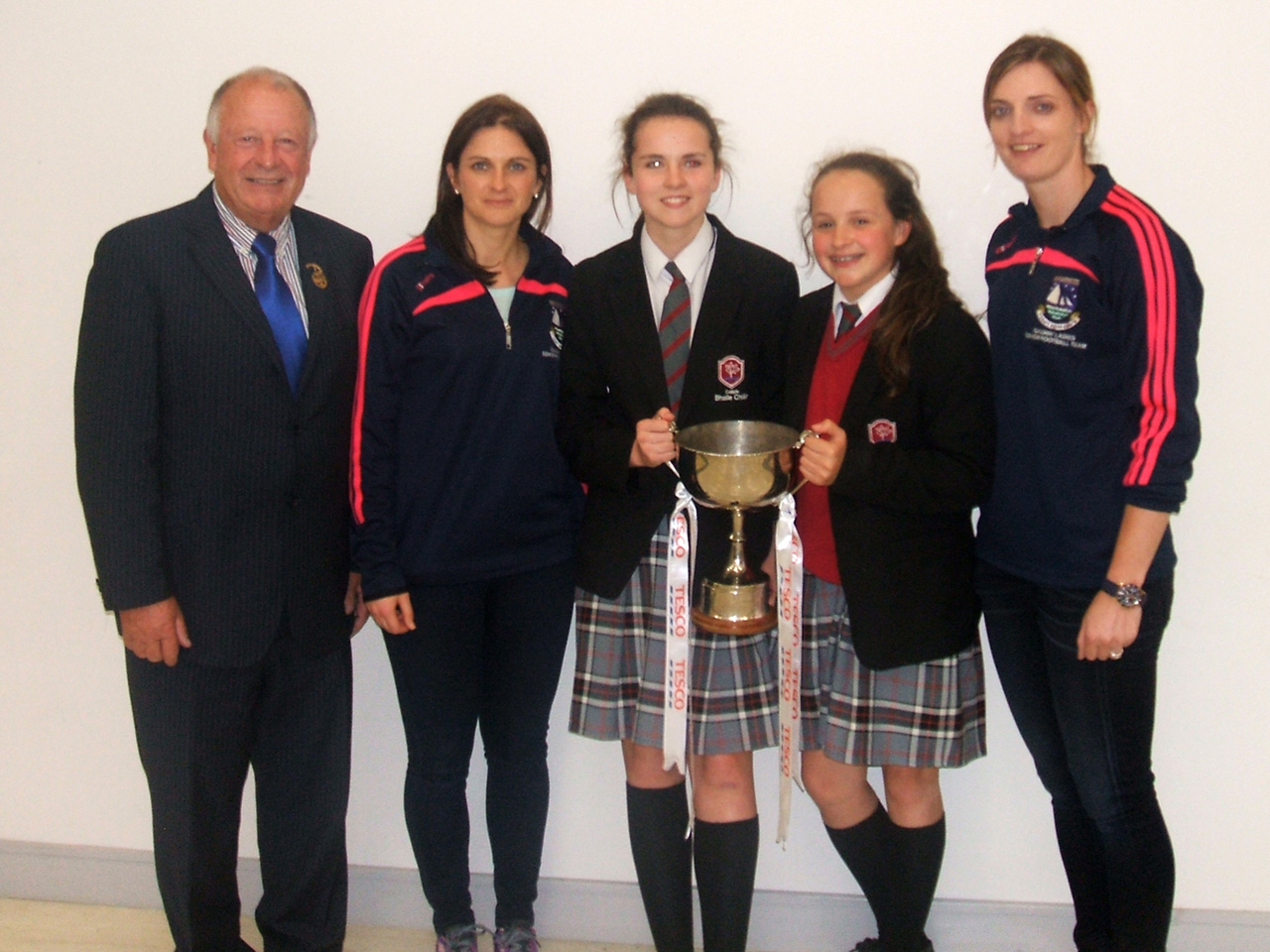 Congrats to Orla Dixon, Tara Hession and Charolette Cooney who won National League Medals with Galway Senior Ladies on Saturday last in Parnell Park. Also congrats to Shauna Flaherty and Andrea Trill who won Connaught U14 Medals with Galway on Sunday in Ballyhaunis. Claregalway U14 Girls played Tuam–Cortoon in the League on Monday in Tuam Stars Pitch and were well beaten on the evening. Next up is a trip to Ballinasloe next Monday. Training on Wednesday evening in Knockdoemore at 6:30pm and Saturdays at 5:30pm.

The U16 Team will play Corofin in a playoff next week for a place in the League Final. Training on Wednesday in Knockdoemore at 6:30pm and Lakeview on Friday evening at 8pm.

On Monday 12th of May the President of the Ladies GAA Pat Quill paid a visit to both the National and Secondary Schools in Claregalway as part of the promotion of the upcoming Féile. He was accompanied by Ita Hannon (Connaught Secretary), and Galway Senior GAA Stars Lorna Joyce and Annette Clarke who brought along the Division 2 League Cup. The visit created great excitement in the Schools.

The Gaelic4Girls programme in Claregalway has been a tremendous success with 90 girls taking part over eight weeks. This LGFA national programme was held in association with Claregalway GAA. The programme targeted girls between the ages of 8–12yrs who were not part of a Ladies Football Club and introduced them to the sport in a fun environment. The girls were taught the basic skills of Ladies Gaelic football and then demonstrated their new skills through a series of mini games. The Gaelic4Girls programme will concluded on this Saturday in Knockdoemore with the presentation of t-shirts and certificates to all participants at 6:30pm.