Our U11 Boys were out in force to support the Galway seniors last Saturday against Tipperary in the Round 4A football qualifier. Like the Galway team our U11s won their game earlier in the day with a victory over Garrycastle of Athlone. 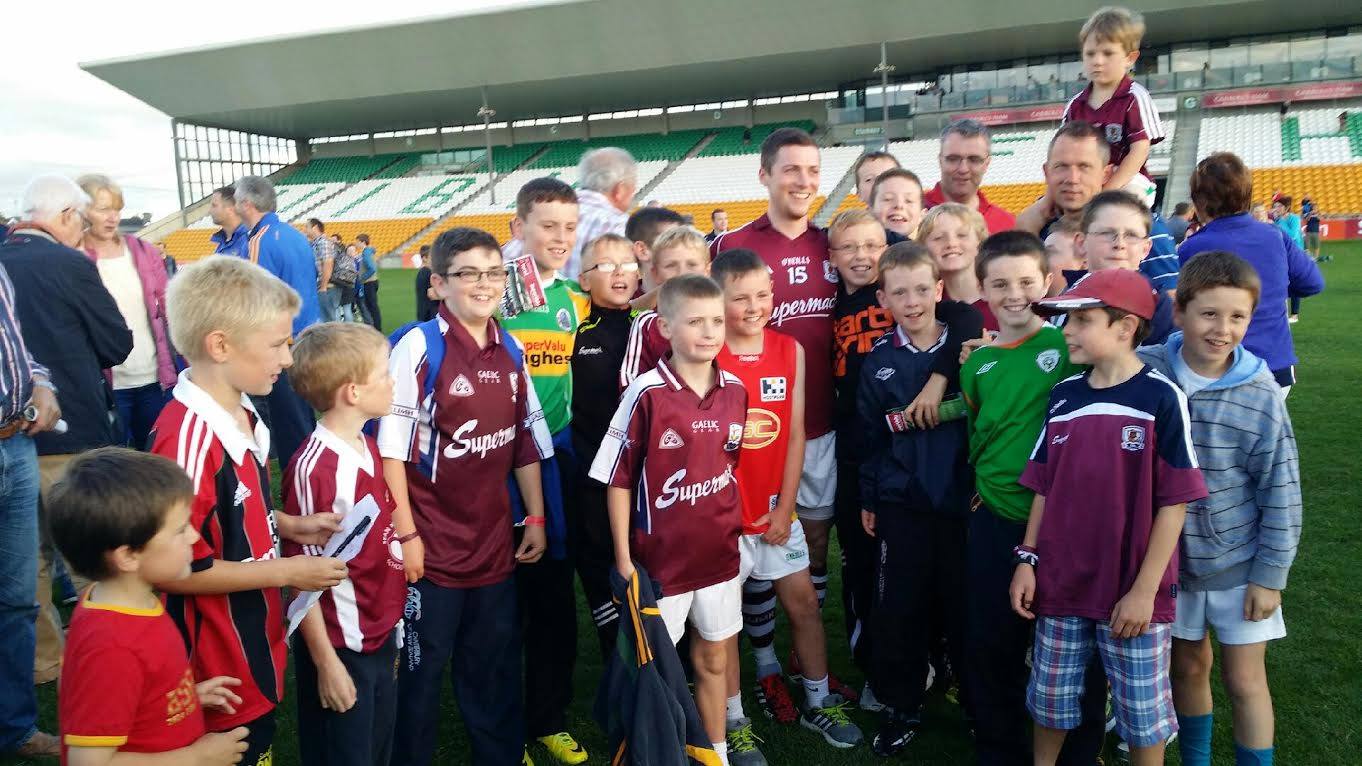 U11s pictured with Danny Cummins after he scored 1–1 in Galway’s win over Tipp at O’Connor Park Tullamore on Saturday. The U11s had their own success earlier with comprehensive wins over Garrycastle, Athlone, who they visited en route.

In U16 boys, congratulations to Shane Moylan, Barry Goldrick and Cillín Green who played on the Galway U16 Ted Webb team last weekend. The team has qualified for the shield final v Sligo next Monday at the Connacht GAA Centre in Ballyhaunis. Well done lads! Our U16 boys had a challenge game v Barna last Sunday evening in Lakeview, and had a good win on a score of 5–13 to 3–10. This was a good performance from all 22 players. Training continues every Tuesday and Friday at 6.30pm and Sundays at 12pm. Championship game v Glenamaddy away is on August 19th. Best of luck lads.

The Juniors lost out to Tuam Stars on Friday evening last in their championship encounter played in glorious conditions in Tuam. Missing a number of key individuals the team battled bravely and played some good football. Claregalway started well but Tuam hit their stride and took over the middle period of the opening half. We rallied and scored the last three points of the half to leave us in arrears at the break by four points. The second half, again like the first, was tough and physical. Unfortunately for us on the day Tuam just had too much firepower and pace upfront and scores seemed to come easier for them than for ourselves. Final score was Tuam Stars 0–15 Claregalway 0–10. All is not lost for us in the Championship as we will get another bite of the cherry. Team that played was Rob Moran, Hubert Newell, Austin Sammon, Cathal Evans, Paul Fahy, Padraig Kearney, Kevin Brennan, Emmet Feeney, Harry Connolly, Darragh Glynn, Fergal McEvoy, Andy Dolan, Adrian Moran, David Morris, John Evans, Ger Cheevers, Niall Clarke, Rory Gunning, Ryan Harrington.

The Intermediates continue their preparation for their championship tie against Corofin with a challenge game against St James’s in Mervue on Sunday morning.

Well done to Captain Elle Glynn, her sister Andrea, Grace Cahill and the Galway U16 ladies who retained the Connaught Title on Sunday evening in Charlestown. Galway came from three points down at halftime to win 2–10 to 1–8. 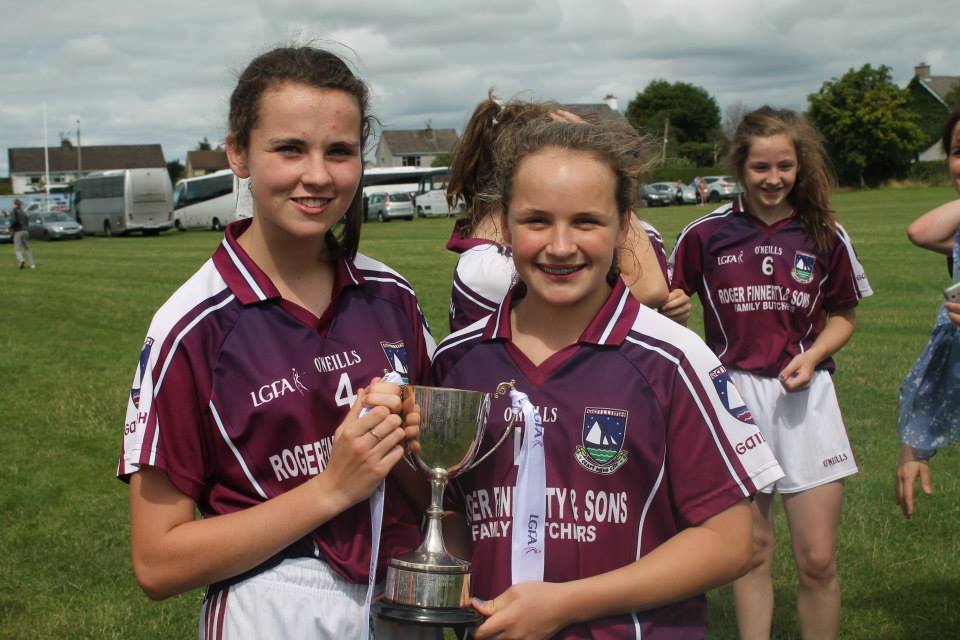 The U13/15 Development Squad Sessions continued on Monday in Annaghdown. Well done to all our Girls that attended and next week’s session will be at the earlier time of 10:30 am in Tuam Stars Pitch. New players born 1999 or 2001 welcome to join any week.

Junior ladies played Carraroe in the League on Wednesday last. Fielding a very young Team Claregalway were well in contention at the break but the more experienced visitors pulled away in the second half to win by 2–19 to 2–10. Claregalway have two U16’s games to play in the next week v St Gabriels and Leitir Mór. The Senior and Junior Gaeltacht 7s take place in Claregalway on Sunday 10th of August. Senior at 11pm Claregalway v An Fhairche and 11.45pm Cill Chomáin v Claregalway. Junior Group is Claregalway, Bearna, An Cheathrú Rua and Michael Breathnachs.

Good luck to Minor players Megan Glynn, Siobhan Gavin, Ruth Horkan, Ciara Burke, Elle Glynn, Karen Dowd, Orla Murphy and Eimile Gavin who play for the Galway Minors v Cork in the All-Ireland Final in Birr on Monday next at 5:45pm. For anyone that can’t make it to Birr to support the Girls this Game is live on TG4.

The club extends its deepest sympathies to the Donnellan family Cregmore on the sudden passing of PJ last week. PJ was a great supporter of our Club and Galway GAA. Ar dheis dé go raibh a anam.