Carnmore Cúl Camp Continues to be one of Galway’s Biggest 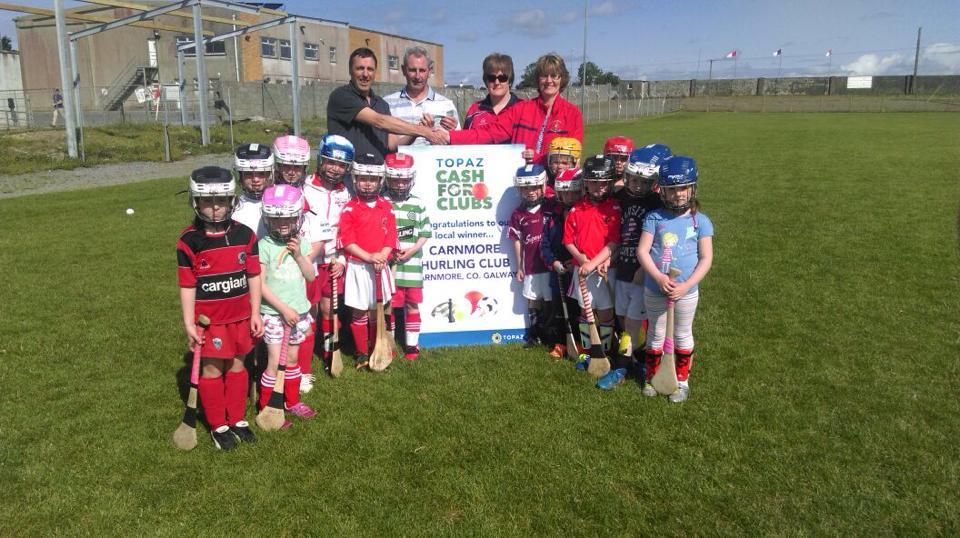 Carnmore hosted one of many Cúl Camps around the county last week with close to hundred children aged 6–10 taking part. Carnmore continues to be one of Galway’s biggest camps. Although the weather played havoc at various times throughout the week a great time was had with our own Kegan Fox and Ben Murray on the coaching staff.

Carnmore hosted Kinvara in the Junior C Championship on Friday night last. With the Minor championship drawing to a close many of those younger players took the opportunity to taste adult hurling for the first time and complemented seasoned veterans such Paddy O’Connell and Brendan Dunleavy well. With the group still wide open and a new look to this Carnmore sight things are looking up for the rest of the summer.

Its been a mixed bag for the U12s and U13s over the past fortnight.

The U12s came away with no points following games with Moycullen and Craughwell in Division A. The lads were narrowly beaten 1–10 to 1–7 at home following a strong second half display against Moycullen.

Last week Carnmore were comprehensibly beaten by league leaders Craughwell on the road by 5–8 to 1–6. Carnmore play their final game of the campaign against Oranmore/Maree.

The U13s, which also have a large U12 contingent, recorded a win and loss in their opening two games in the A Championship. In game one Carnmore were beaten by Kilconerin 1–7 to 0–7. In game two Carnmore ran riot against neighbours Castlegar 4–6 to 0–2.

Luckless Streak Returns For Junior A

Carnmore were back in championship action this last week against Liam Mellows and Michael Breathnach’s.

With Murty Killilea and Gerry Giles still performing a juggling act with their squad as a settled team continues to prove hard to field with players moving up to senior, injuries and summer travelling all playing a factor.

Carnmore were beaten 3–20 to 4–6 by Liam Mellows in Castlegar in a game that could have possibly been much closer if not for some poor periods throughout the game where performance dipped.

One of the Junior A big guns, Michael Breathnach’s inflicted a 2–15 to 0–6 defeat on Carnmore in round five. Carnmore were outperformed throughout.

In a repeat of last year’s u15 Shield Final the two teams will meet again a year on in the U16 decider.

The game was postponed during the week due pitch unavailability. The game has been rescheduled at 6.15pm in Pearse Stadium on Thursday July 23rd.

U10 Girls Defeated In County Final

With Carnmore seeming invincible of late at Juvenile level the U10 girls were bidding to add another title to the 2015 haul.

Following a draw with Abbeyknockmoy last the girls were in Kenny Park looking to complete the job on the second asking.

Unfortunately they were beaten 3–0 to 0–0 in a close game were the three goals could have at times easily gone the other way.