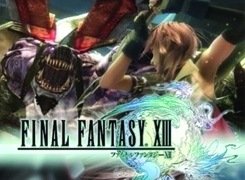 Developer: Square Enix
Publisher: Square Enix
Rating: 16
Final Fantasy XIII is likely to polarize the fans of this beloved franchise. It takes an extremely streamlined approach to what people know about the immensely customisable and tactical games which have come before it. Many of the series’ conventions are thrown out the window in favour of a fast moving story and admittedly astounding visuals.

The story deals with six people branded with the dreaded symbol of a l’Cie, making them enemies of a floating futuristic world called Cocoon. Chosen by the fal’Cie gods to fulfil a mission or ‘focus’, they are essentially enemies of the state. The story does break free of some of the conventions of the series, and the graphics throughout the cutscenes are quite breathtaking. The voice acting can sometimes be unbearable with an unnecessary amount of whining and melodrama coming from certain characters (Hope, Vanille; I’m looking at you), but for the most part you will get through it simply to see what comes next.

It takes a large investment of time in order to properly analyze Final Fantasy XIII. The game takes a linear approach for the first twenty five hours of play time. Basically it consists of; walk down corridor, fight enemy, continue, fight more enemies, fight boss, cutscene, repeat. This isn’t as awful as it sounds but it’s definitely a change from what has come before. You don’t gain the ability to customise your party or take on side quests until this point in the game, and it is probably the games’ main fault. In keeping the story on track for this long Square Enix have taken a huge risk. I could easily see many die-hard fans getting fed up with the lack of flexibility in the gameplay for such a large section of the game. That being said, once you reach the twenty five hour mark the game becomes much more familiar. You can then customise much of your party’s movesets and structure. With this also comes a massive increase in difficulty. I urge players to persevere in order to see what the game really offers.

The battle system is fast-paced and exciting. It no longer allows you to sit back and go through the motions by choosing the same commands over and over. You really need to concentrate on enemies’ weaknesses and keep a keen eye on your companions’ health. Quick reactions are needed to deal with critical situations and I found myself dying on several occasions due to a lapse in concentration. This is easily one of the best parts of the game, as it really feels like an evolution of previous games.

Unfortunately, Final Fantasy XIII takes more steps backwards than it does forwards. The graphics are amongst the greatest I’ve ever seen and the story is intriguing all the way through. It’s still worth a playthrough for the visuals and fun battle system. However the game falls short of backing these merits up by dropping key familiarities of the series (eg. the iconic victory theme is absent). Square Enix should be applauded for trying to take their most popular franchise in a new direction, but if it’s at the cost of the many loyal fans they already have, what’s the point?