Irish Organic Weedkiller, the start-up company which brought Ireland’s first 100% natural weedkiller to market last year, has announced it is to create twenty new jobs with the opening of its factory in Claregalway Corporate Park.

The factory was officially opened by business personality, Presidential candidate and advocate for small business, Seán Gallagher on Friday. Mr Gallagher commended Oisín Concannon, founder and Managing Director of Irish Organic Weedkiller, for his determination and innovation in his new business and wished him every success in the future. Speaking at the launch were Mayor of County Galway Cllr Michael Maher and Senator Fidelma Healy Eames. Special guests Eugene Higgins, celebrity gardener with RTÉ spoke highly Oisín and the Irish Organic Weedkiller product. 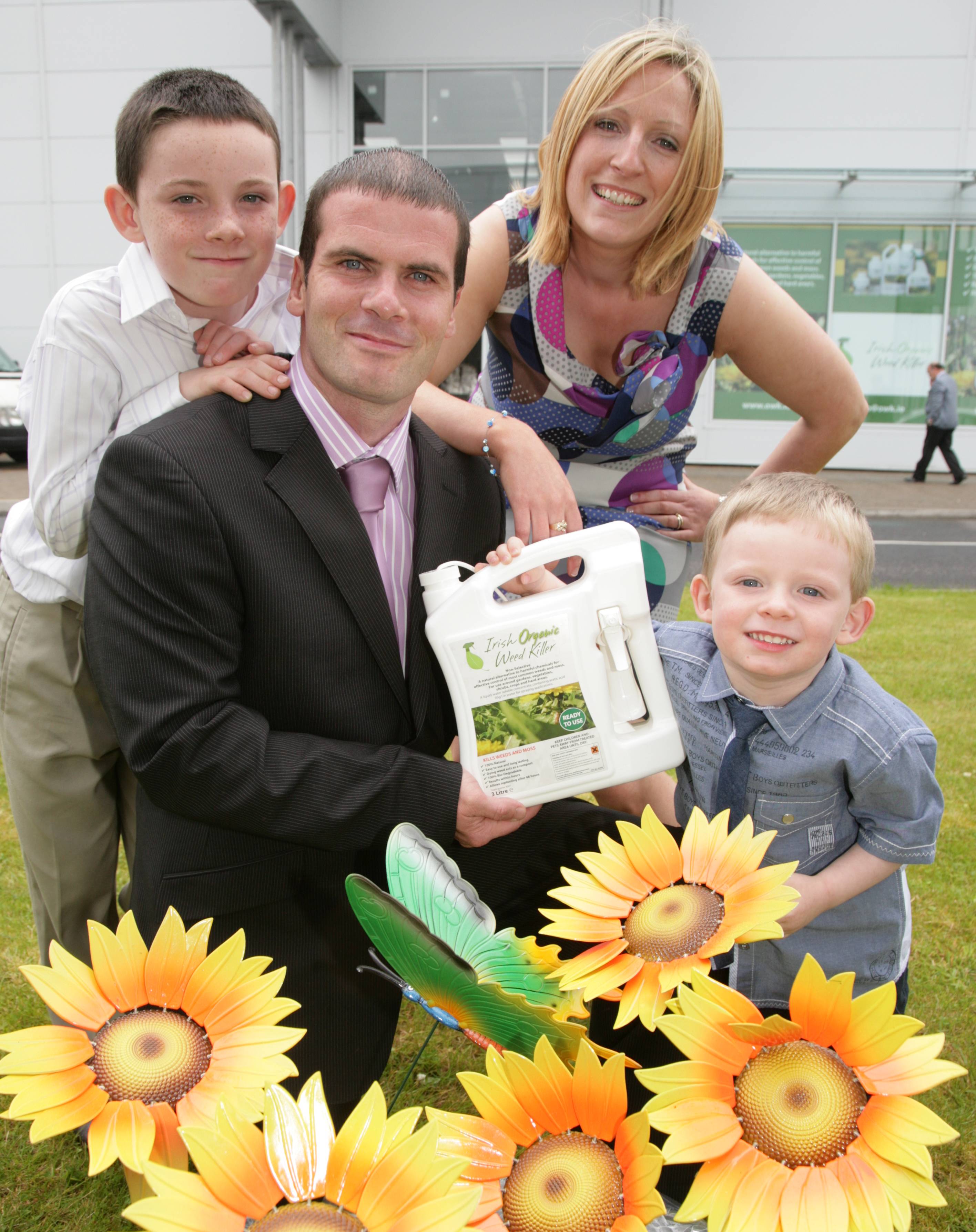 Founded by Galway based entrepreneur Oisín Concannon, Irish Organic Weedkiller has invested €250,000 in its new 5,000 sq ft factory, the company’s first. Previously the company outsourced the production of its suite of garden products. Irish Organic Weedkiller estimates that the factory will produce over 260,000 litres of weedkiller in its first year. The company expects to create the twenty new jobs over the next eighteen months in areas including sales, marketing and administration.

‘Following strong incremental sales across our network of distributors in Ireland and high demand for the product in export markets including the UK and mainland Europe, we took the decision to invest in our first production facility. Our new facility will help us to control our costs, maintain strict quality and facilitate new product development,’ said Oisín Concannon, Founder and Managing Director, Irish Organic Weedkiller.

In early 2009, Oisín, a father of small children, was searching for a non-toxic weedkiller safe for use in his garden. He spotted a gap in the market when he learned that no 100 per cent natural, non-toxic weedkiller existed in the Irish market. Fourteen months later, with no previous track record in product development, he launched Ireland’s first natural, Irish made alternative to chemical weedkillers. Irish Organic Weedkiller is the only Irish company licensed to manufacture and market a 100 per cent natural weedkiller in Ireland and holds licenses to develop 13 natural weed killer products. 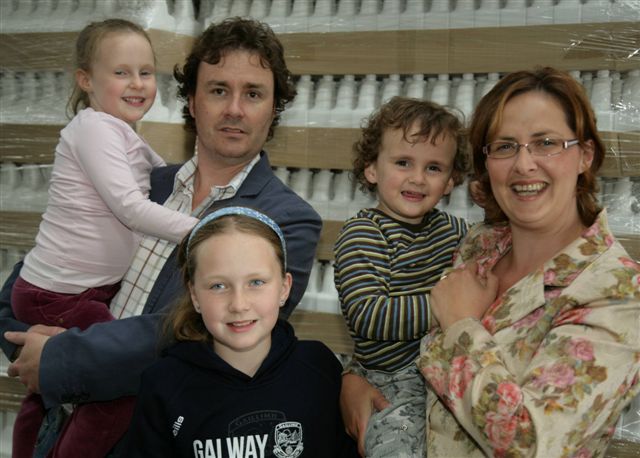 With the product now available nationwide in all leading garden centres and hardwares, the company has added two new products to its portfolio; the innovative Weedball dispenser for the easy application of weedkiller along walls and curbs and a 100% natural path and patio cleaner. Irish Organic Weedkiller is due to launch its products in Norway this month and the UK in September and plans are underway to bring more new products to market over the next twelve months.

‘In pre-launch testing our product performed quicker and more effectively than the market leading synthetic weedkillers and excellent customer feedback continues to drive sales. Despite the challenging times, we are confident in our product, our customer base and ultimately confident in Ireland as a great place to do business. Our commitment to invest in opening the factory and create new jobs is testament to this,’ concluded Concannon.

Irish Organic Weedkiller was shortlisted for the Best New Green Product Award at The Irish Green Awards 2010 and The Green Entrepreneur Awards 2011. Oisín Concannon was also names as Galway’s Young Entrepreneur of the Year 2010.