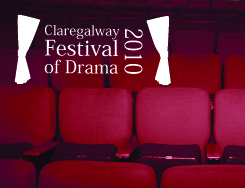 CLAREGALWAY 2010 FESTIVAL OF DRAMA
in the Claregalway Leisure Centre
Thursday 11th March – Friday 19th March
Adjudicator: John P. Kelly
It’s that time of the year again, when we have the Claregalway Festival of Drama. The event will be staged in the Claregalway Leisure Centre, which will be transformed into a theatre for the duration. It begins on Thursday 11th March and runs until Friday 19th March inclusive. Our adjudicator is John P. Keane ADA, who comes all the way from Toronto, Canada.

The festival opens with Claregalway’s own Compántas Lir performing Bernard Farrell’s ‘I Do Not Like Thee Dr. Fell’. The play is a dark comedy that deals with the happenings at an all-night group encounter. Bernard Farrell’s plays are always very popular with audiences. We have DADS from Dunmore, as well as groups from Clare, Wexford, and Cork. ‘Big Maggie’ by John B. Keane is also on the program, which is always a crowd favourite.

Below are some photos from the launch of Claregalway Festival of Drama 2010, which was held in the Claregalway Hotel on the 26th of February.

The Committee looks forward to the usual high level of support so as to give a warm welcome to all the groups performing at the festival.  This year’s line up is as follows: 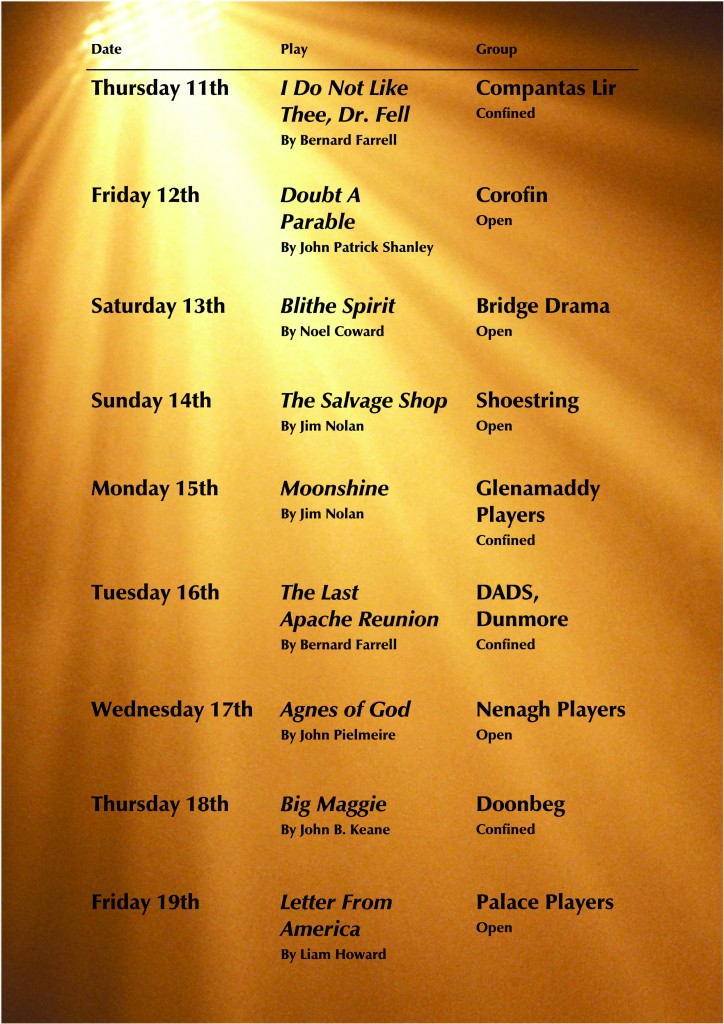