Preparations have taken place during the summer to get the new Secondary School for Claregalway ready for the opening on Monday September 2nd.

There will be an open evening for parents, students, teachers and others on Friday August 30th. 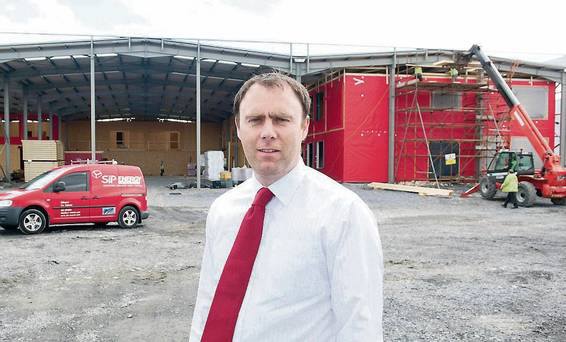 “It has been a busy time for everybody but the builders are on target to have all the work finished by Thursday August 29th, with the formal handing over at 11am the following morning, Friday August 30th,” says principal Alan Mongey (pictured above in front of the school).

“All the rooms at the interim building in Claregalway Corporate Park have now been fitted out with school furniture and equipment and a staff of 17 teachers has been appointed,” he added.

The initial student numbers will be 160 for this year, expected to rise to 1,000 over five years with a permanent building to be constructed in the village to accommodate the larger enrolment once a suitable site, which is understood to have been identified, is purchased. This is expected to be built within four years.

An official opening day will be announced at a later date.