In recent months long time area representative Councillor Jarlath McDonagh announced that he would not be seeking re-election to Galway Co Council in the local elections that will be held next May. Jarlath has served the people of the area with tremendous dedication and quality service over a 28 years period. Last week Fine Gael held their selection convention as three names from the Turloughmore area Michael O’Brien, Martin Concannon and Frank Kearney all sought to take over the mantle of the wonderful servant of Turloughmore. 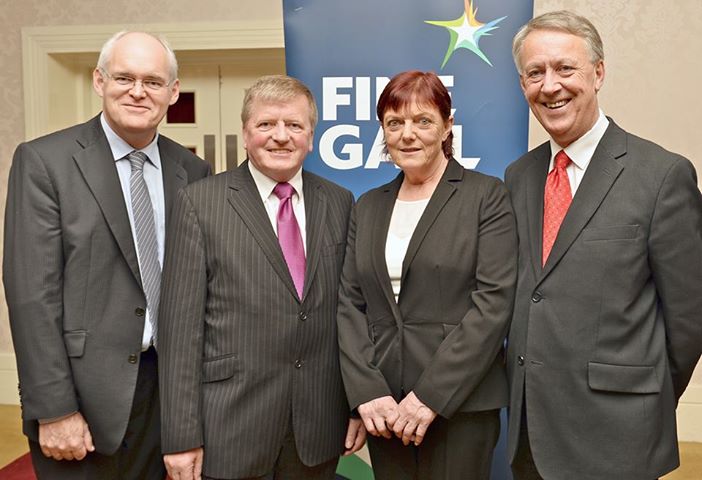 Outgoing representatives Councillor Peter Feeney from Athenry, Councillor Liam Carroll and Josette Farrell, a community representative over a 27 year period from Claregalway, were selected as a geographical spread was directed from party headquarters that left a vote between the three Turloughmore candidates. In the end Frank Kearney was selected a clear winner after receiving over half the vote. Frank Kearney has given many years of community service to the area and the people of the community. Like Josette, he has been involved in many organisations over the years and now operates a very successful funeral undertaking business in Lackagh.

Outgoing Councillor Jarlath McDonagh paid tribute to all who had helped him over the years. He added that he had successfully contested five Local Elections and two Seanad Elections and this could not be done without the help and support of many people who had ensured victory by voting for him. He spoke fondly and sadly of many friends who have now gone to their eternal reward and who were a huge help in his campaigns of elections. The fact that four

people from the area were seeking to take up the mantle as his successor demonstrated the importance of having a local representative in the area and he wished the successful candidates every success and offered his full backing. Councillor McDonagh was given a standing ovation by all of the delegates.