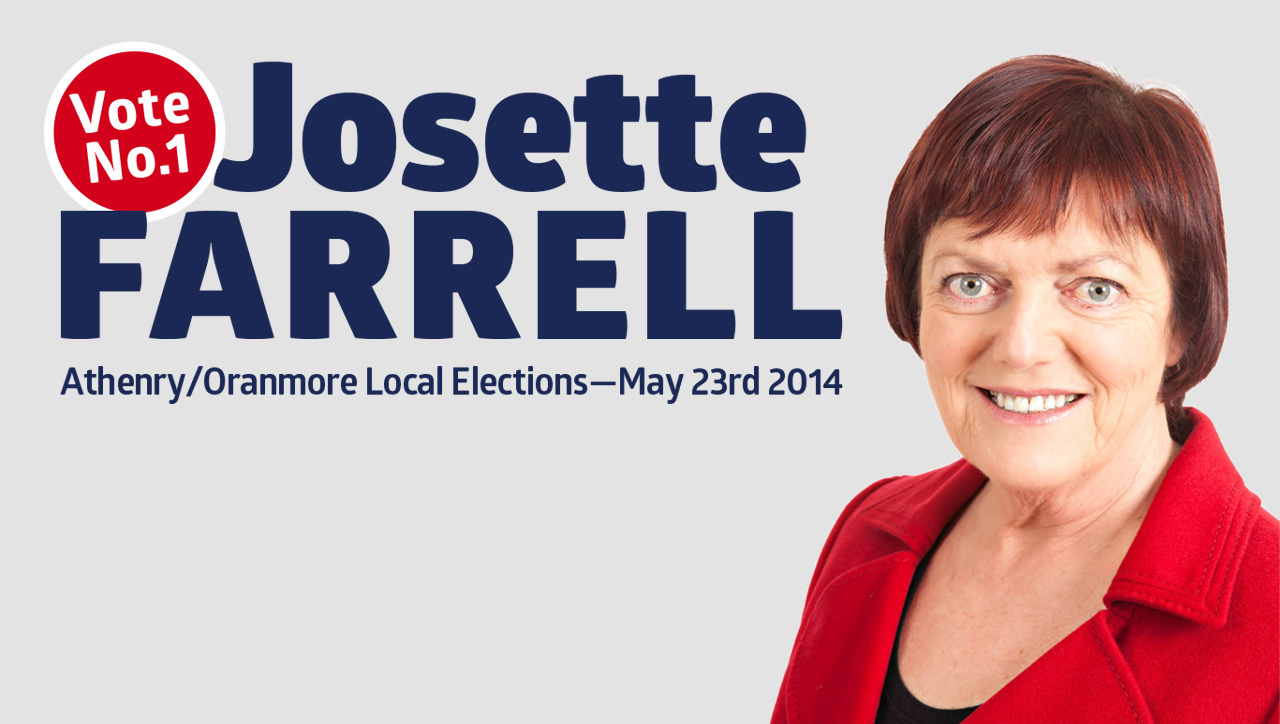 Josette Farrell, Fine Gael candidate in the forthcoming local election in the Athenry/Oranmore area, has been out and about meeting voters. She has been listening to residents’ concerns over the past few weeks and the main issues are traffic in Claregalway and Oranmore. Traffic affects both drivers and pedestrians and Josette hopes that a new Council will address this issue as a matter of urgency.

As well as driver frustration in heavy traffic with long delays daily, safety is a major concern for residents and pedestrians in built up areas. In the ten years from 1991 to 2011, CSO figures show that the number of houses in the Claregalway Parish alone has risen from 712 to 2706. There are now two primary and one secondary schools in the area, a Day Care Centre, a Business Park and many people out and about on their daily business, all suffering from the heavy traffic through the village.

A campaign during that period to have the village bypassed was ended with the promise of a bypass in ‘the life of the Fianna Fáil/PD Government’ following visits by eight Government Ministers to view the traffic for themselves. It is a major disappointment that this was not delivered and that the situation was not addressed in any meaningful way during the boom period. People living on the many side roads around Claregalway are also very concerned with the speed of cars and feel that the speed limit on these roads should be reduced to 50km/hr. Side roads have been used for many years as rat runs to avoid the village.

Another major concern is the lack of facilities for young people, a childrens’ playground centrally located and some facilities for teenagers were regularly mentioned by parents.

Although Claregalway is virtually a satellite town to Galway, the lack of good broadband is of serious concern.

Speed limits, a lack of community welfare officers and traffic management are among the issues being raised in the Oranmore/Athenry area.

“A number of issues were raised by the constituents,” said Ms Farrell. “Speed limits on the by-roads, which should be reduced from 80 to 50km/h, were a frequently raised issue. These are decided at a national level but local campaigners can have an impact by ensuring the issue is heard by national politicians.”

Lack of community welfare officers was also another issue raised. “At the moment, residents of Claregalway must travel to either Tuam or Galway City to see a Community Welfare Officer for emergency payments or help with medical cards,” said Ms Farrell. “This places further hardship on the members of our community, particularly the more vulnerable.”

Another issue, that she has already been in contact with the Council about, is the abandoned roadworks on Maree Road in Oranmore.

Traffic management is Oranmore is another important issue that will become more pertinent with the opening of the Gaelscoil in September, according to Ms Farrell.

“Currently, there is traffic from Calasanctius College, The Girls’ School, The Boys’ School and The Afterschool, as well as users of the sporting pitches and Respond, meeting at the same point near Oranmore Church,” said Ms Farrell.

“Coupled with commuters, from Limerick and Maree, this area can be very congested. Perhaps staggered school times can help, but long-term a strategic traffic plan will need to be implemented.”

Having been involved in local activities at community level over many years, Josette Farrell now aims to work for the community at a higher level in Galway County Council.

Read more about Josette’s motivation for running at claregalway.info/josette-farrell.

Anything you would add to the above? Share your concerns in the comments below. 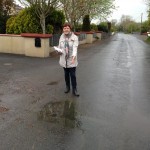 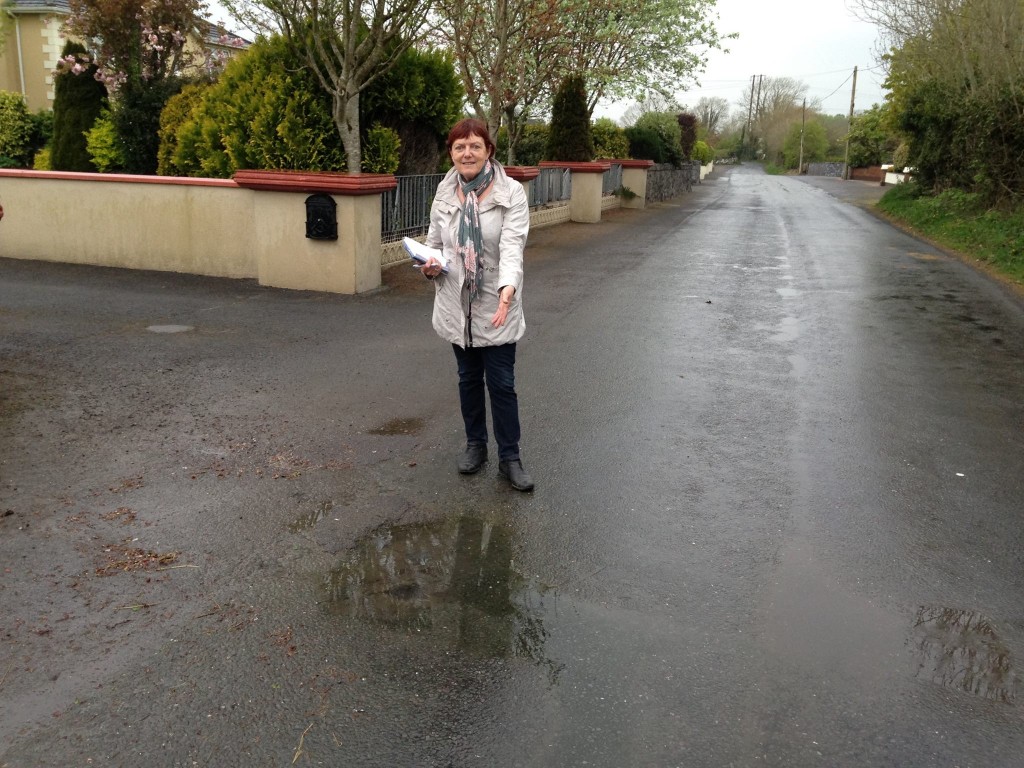