A Unique Occasion and a Tribute to the Community 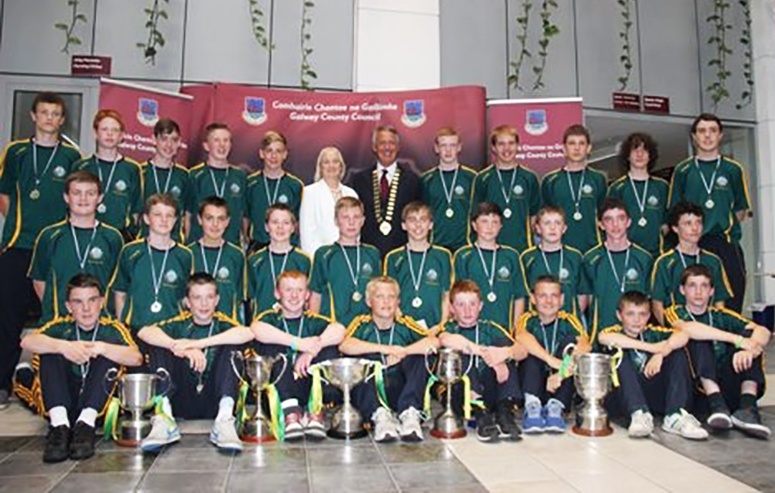 Pictured above are the Claregalway U14 team panel

There were five Cups on display, a clean sweep of all U14 Division 1 Football trophies, namely, North Board League, Co. Galway League, Féile Peil na nÓg Gaillimh 2013, Féile Dhoire All-Ireland 2013 and more recently, the Co. Championship Cup won at Tuam Stadium in the final against Salthill/Knocknacarra.

The evening began at Claregalway Community Centre where the Supermacs Galway Team bus was made available to bring the team panel and officials to Árus an Chontae. On arrival, the hospitality was marked by an array of tasty food and refreshments served and consumed in the Reception Hall.

The proceedings were then opened by the County Secretary, Mr Michael Owens. In his Address of Welcome, Mayor Carroll congratulated the Claregalway U14 Boys for their great achievements during the year, crowned by winning the 2013 All-Ireland Football Féile in Derry. The Mayor also praised the management team for their dedication in preparing this panel for many years to realise these great results. He encouraged the lads to continue playing sports in the years to come and was confident that many of the lads would represent their county in the years ahead.

Co. Manager Martina Maloney congratulated the Claregalway U14 players on their excellent results, the management team for their commitment and the parents for their great support during the past few years. She stated that the lads were a credit to the Claregalway GAA club and their families. She then invited each of the lads to be presented with a special commemorative medal from Galway County Council in recognition of this special occasion and their great results on the field of play. 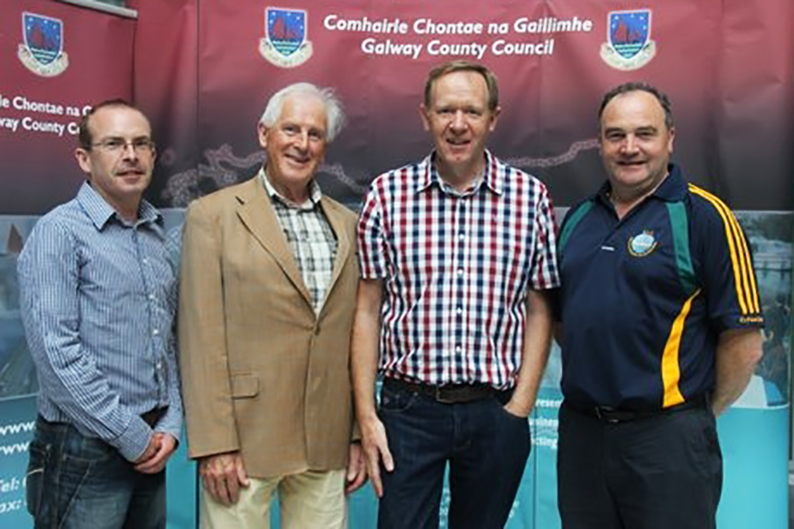 In reply, Peadar Dolan, Chairman of Claregalway GAA, thanked Mayor Liam Carroll, Co. Manager Martina Maloney and Galway County Council for their invitation and distinction in honouring this hugely significant success in Claregalway’s GAA history. He thanked all the Club sponsors for their financial support which made these successes possible. He thanked all the club officers and the local politicians who were in attendance. In conclusion, he stated that Claregalway GAA Club was beginning a new chapter in their history with the construction of new facilities at the 20 acre training grounds in Knockdoemore. The reception ended with a photo shoot and the lads returned in the Supemacs bus to Claregalway.

This historic occasion will remain with us for many years and surely will gain more significance for the U14 lads as the years go by. Parents and Club Officials in attendance were delighted to be part of such a great evening that will never be forgotten. 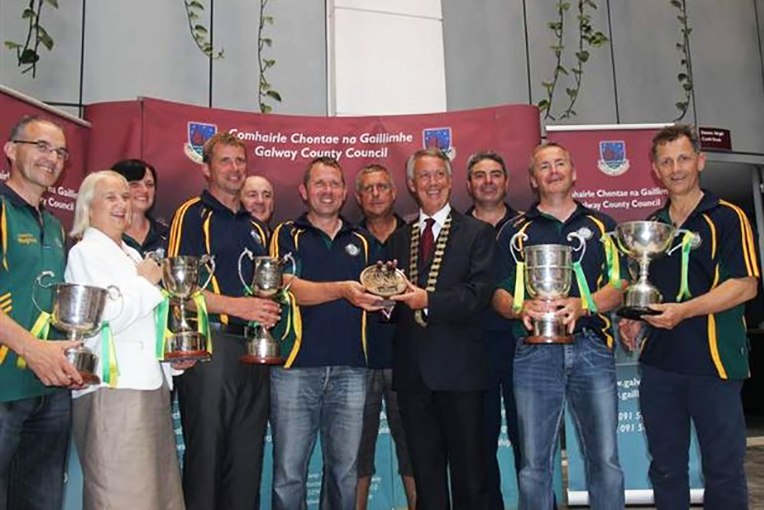