Cregmore Claregalway FC U10 Girls soccer team were crowned GFA U10 Girls Premier League Champions this week for the first time in the history of the club. With a season finish of 7 wins and one loss in 8 games, the success of this age group has been remarkable with two U10 GFA Cup successes, 2012 + 2013, and now a league win in 2015. CCFC have two teams at this age group playing in Premier and Championship divisions with some of the current squad playing in U10 teams in both divisions for last 4 years. 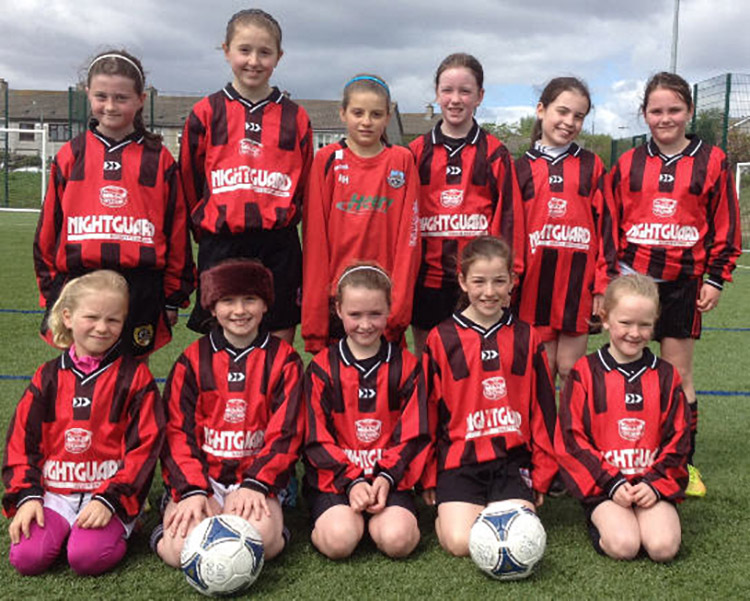 Many thanks to all the parents and relatives who have regularly come out to support team over the season and many thanks to coaches Jennifer O’Gorman and Gwen Horkan for their dedication and support during the season.

Congratulations also to CCFC U18 team who have also been confirmed as league champions in their first year of competition while best of luck to our U14 and U12 Prem squads who are still competing for league titles in their age groups.

Best of luck to the six U14 girls playing for Galway GFA Gaynor cup squad this wee cup squad in Limerick this weekend (29th of May to 1st of June).