In the dying moments of extra time Athenry with the aid of strong breeze took the lead with a long range free which would secure them a third Féile title in as many years.

Under the new structure of the Féile teams compete over the course of a weekend. Carnmore began their campaign at home on Friday evening last to Kilconieron where they recorded an impressive result. On Saturday morning Carnmore were in Cappataggle to take on their hosts in a game where they again had a convincing win. With the group spoils now a straight up knockout game between Carnmore and Sarsfields the boys in red maintained their strong form to account for the New Inn/Bullaun lads and advance to the semifinals where they would face Gort in Kenny Park that evening.

Having seen Athenry defeat Loughrea to reach the final it was the turn of Carnmore to stake their claim for a place in Sunday’s decider. Carnmore started the game stronger and dominated for much of the half. Although being denied guilt edged goals on several occasions Carnmore took a 0–5 to 0–0 lead at the interval. In the second period Carnmore would find the goals they were searching for and record a 3–8 to 0–2 win and join Athenry in the final.

As Sunday rolled around the crowd begin to flow in to Kenny Park for an afternoon of finals at various divisions having seen Sylane and Oranmore-Maree claim the C and B titles respectively it was the turn of Carnmore and Athenry to do battle.

With both sides drawing in the Championship only a few weeks previous it was anyone’s guess how this game would unfold. Playing against the breeze in the opening half Carnmore hurled well and created some nice scores. Trailing 0–2 to 0–1 after ten minutes Carnmore would be happy playing into the stiff breeze. Carnmore found their purple patch in the closing stages of the half to push 0–4 to 0–2 in front, a lead which would a big advantage in the second half. However in unfortunate circumstances this wouldn’t be the case as a long ball went to straight to the Carnmore net on the stroke of half time to give Athenry a 1–2 to 0–5 lead.

Carnmore to their credit weren’t phased and within moments of the restart Shaun Killilea had responded to tie the ball game once more. The second half was a roller-coaster of ups and downs with both teams on numerous occasions on the verge of winning it. However Carnmore looked slightly stronger as they were able to wrestle back momentum led by Man of the Match James Cummins who landed three huge scores from the middle of the park, two of which from frees. With time all but up Carnmore had a one point lead, a goal mouth scramble forced the ball to the corner flag where a 65 was conceded. Against the breeze and at a difficult angle one could forgive Carnmore for thinking they were over the line. As the 65 dropped in around the house once more it ricocheted around before someway finding its way into an Athenry hand and under huge pressure the looping snap shot went high and fell over the bar. Extra time was on the cards,

With five minutes either way to be played Carnmore had the aid of the breeze in the first period. Athenry would strike first to take the lead but again Carnmore would respond to continue the dead lock at the break of extra time. At this point a draw would be the fair result and many neutrals in the crowd were hoping this would be so.

The second five minutes, which felt like an eternity continued to keep the teams dead locked until the final moments when Athenry had a free near the sideline from long range, which in calm conditions may not have been the scoring chance it now was. Up stepped the young man from Athenry and displayed nerves of steel to slot it and leave Athenry on the brink of victory. But it wasn’t all over as Carnmore from the puckout won a free of their own. Not in scoreable range a hectic scramble in front of goal was about to in sue. As Carnmore pushed forward for one final go the ball ended up in Carnmore hands and the shot went millimeters to the left and wide. Heartbreak.

Although it a crushing finish to a fantastic weekend this is a Carnmore team that can be proud and optimistic. They fought to the bitter end and probably could have and maybe should have won this game. What was most impressive about this team was their talent. In each of the games different players stood up and took the lead with no single player or group of two or three running the show. For the lads this year is far from over with five points from three Championship games and undefeated they are very much on course for another big day this summer. 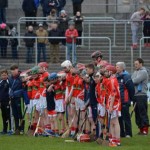 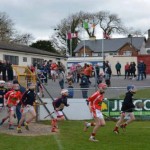 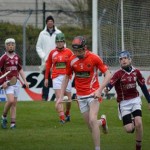 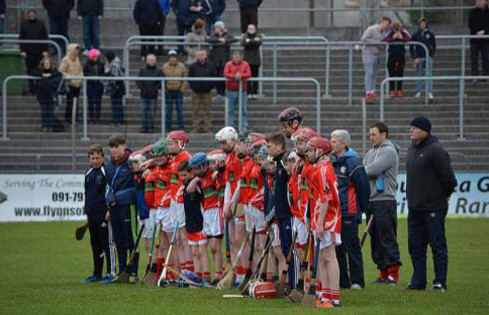 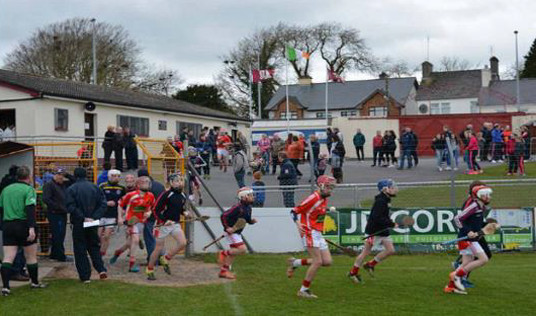 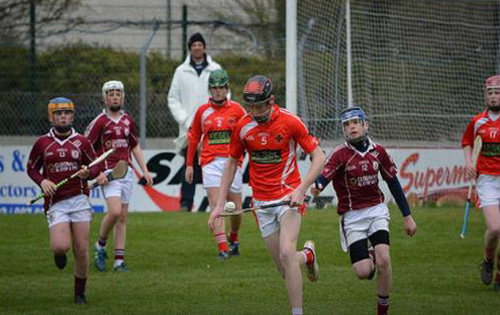