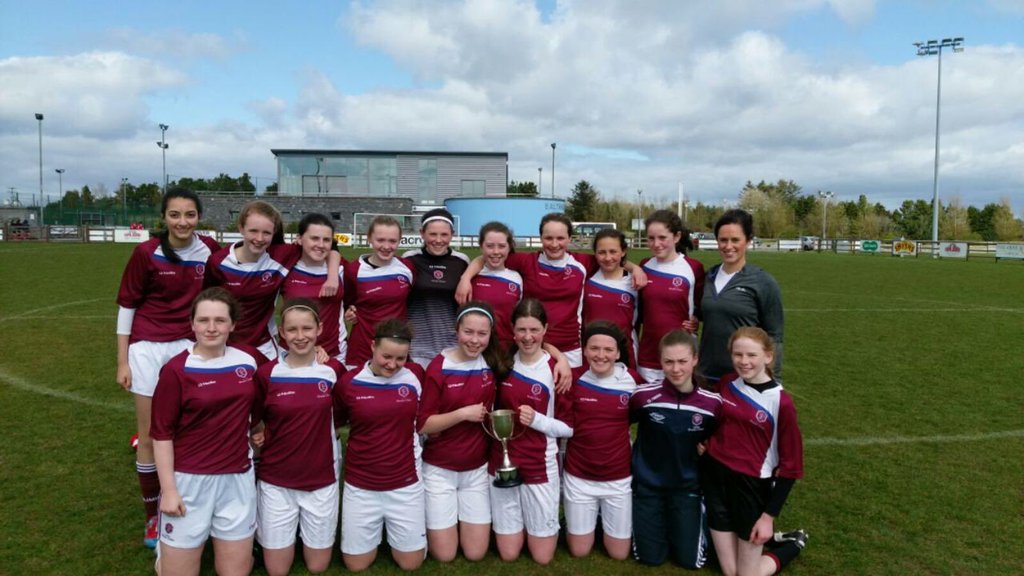 Fabienne Cooney’s charges came into this encounter following an extra time ding-dong with the experienced Dominican College, Taylor’s Hill at Salthill Devon FC coming out of the decider as 3–2 winners.

On the other side of the draw, Ballincollig won their provincial title with a resounding 4–0 win over Colaiste Mhuire, Askeaton in Charleville last month thanks in the main to a Zara Foley hat-trick but they were unable to replicate this fine form in the Nationals.

The game came to life midway through the first half when winger Andrea Trill sent a pile driver into the danger area. Ballincollig netminder Kaja Sikora did manage to get a palm to it but the ball rocketed past her for a slender advantage to the Connacht Champions.

There were plenty of chances carved out for both teams but the goal tally didn’t extend. The strong cross wind was hampering the Cup tie but Cooney’s side enjoyed the better possession in the first period.

Schools International starlet Zara Foley was denied an equaliser after 21 minutes when Allanah Murphy’s saving tackle in the penalty area prevented a goal before Captain Sinéad Donovan was twice denied in Galway’s attacks. Her first effort from distance in the 25th minute was saved by Sikora’s foot and then three minutes later she had another strike on goal easily saved by the Ballincollig keeper.

Another Schools International Sinéad Donovan was involved in plenty of the action, her free kick from just outside the box flew over the crossbar as the Galway girls changed ends a goal to the good.

The third of our U15 Girls Schools International stars Maria O’Sullivan got in a great block to deny Andrea Trill a second goal after twenty minutes of the second half and then the Cork girls were caught unawares at a short corner as midfielder Sinéad Donovan curled her shot just wide of the far post.

Claregalway ended the game with ten players when centre-half Aoife Lyons, as the last defender, was red carded for bringing down Ballincollig’s Kara Lacey in full flight as she chased a long ball forward and while she got her shot away it was easily saved by Walsh.

Ballincollig’s last ditch chance of forcing extra-time came when they were awarded a free kick outside the area but Sinéad Corcoran’s shot was well saved by the diving Walsh who palmed the ball away from danger with five minutes to go in this semi-final contest.

Claregalway College will now play Moville Community School in the Bank of Ireland FAI Schools Minor Girls National Cup Final on Wednesday April 20th at the Showgrounds, Sligo Rovers FC. The Ulster girls saw off the challenge of Athlone Community College 2–0 in their semi-final on Tuesday in the Peace Link, Clones. 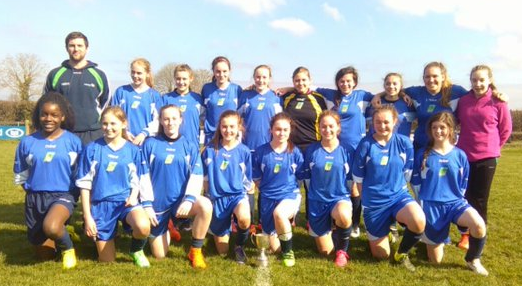