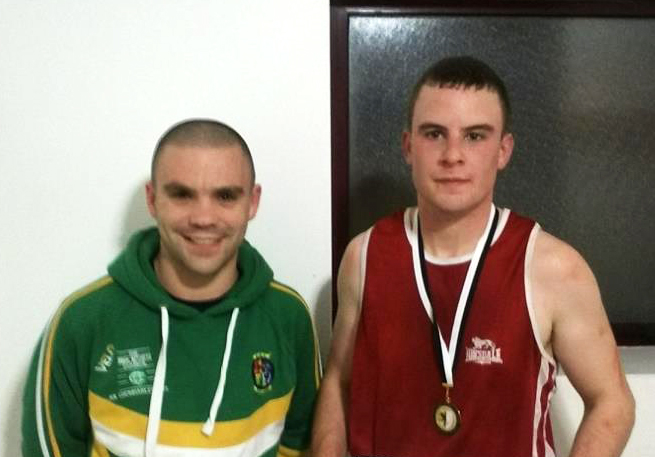 Well done to Corrib Boxer Jason Kyne on winning the first Connacht Intermediate Title for the club last night in Foxfort Co Mayo. Kyne had two tough bouts to see him become Connacht intermediate champion first bout was in St Annes boxing club in Westport a month ago where Kyne met seasoned boxer Denis Ahern from Castlebar B.C. With slipping, countering and catching the Mayo man regularly with his back hand, Kyne went and won his contest by all three judges giving him the decision.

Last night in Foxfort, Kyne met Ballymote boxer from Sligo Darragh McDonagh with Kyne also dominating the three rounds and using more of an aggressive approach hurting McDonagh in the third. Kyne went on and won the Connacht Title and was given the decision by all three judges. Next weekend we head to the National Stadium to enter Jason into the National Intermediate Championship in Dublin. Also last night Corribboxer and younger brother Daniel Kyne boxed an international bout against a team from Sweden in Olympic B.C. Young Kyne went on and won his bout and put in a very good performance.